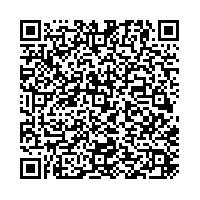 Service Providers of the Information Society

Regarding the specific branches of the sector there is a more differentiated economic picture. The technical consultants and planners as well as the businesses in the sector research and development assess their current business situation more positive compared to the third quarter 2008. The percentage of technical consultants and planners, who stated an increasing turnover and demand and who have increased their staff in the fourth quarter 2008, has risen compared to the previous quarter. More than two thirds of the businesses in the sector research and development report a rising turnover. The businesses of the sector software and ITservices, tax consultancy and accounting assess their business situation as less positive compared to the previous quarter, although at the same time they assess it as stable. The percentage of businesses reporting rising turnovers and increasing demand fell in the fourth quarter. However, the percentage of businesses reporting stable turnovers and consistent demand rose. The majority of these businesses expect their economic development to be stable in the first quarter 2009.

ICT-specialised traders, however, assess their situation as negative. Approximately half of them reported a decreasing turnover in the fourth quarter 2008. The percentage of businesses stating decreasing income and declining demand has also risen and is now at about 40 per cent each. The expectations of architects for the first quarter 2009 are gloomy. The majority of them expect demand to decline. The labour market in this sector also reflects these developments. Although around half of the architects do not want to cut jobs, around two fifths of the architects plan to discard staff in the first quarter 2009.

Information on the ZEW Indicator of service providers of the information society (ZEW-IDI):

To generate a representative analysis, the ZEW is projecting the answers of the firms participating in the survey with their shares of total turnover realized in the sector of the German service providers of the information society.

The business survey by ZEW/Creditreform:About 1000 firms participate in this quarterly survey. The economic sector service providers of the information society comprises the Information and Communication Technology (ICT) service providers (firms in the branches of software and IT-services, ICT-specialised trade as well as telecommunication services) and knowledge-intensive service providers (firms in the branches of tax consultancy and accounting, management consultancy, architecture, technical consultancy and planning, research and development as well as advertising). An overview of the ZEW/Creditreform business survey is provided on the ZEW project site http://www.zew.de/.... For further information in German language only, please consult our homepage at www.zew.de/dienstleister.