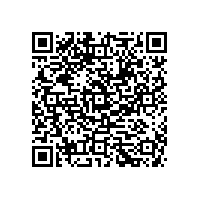 (PresseBox) ( Vienna / Kassel, 05.11.12 )
WINGAS is going for growth and has now opened an office in Vienna. The natural gas trader is thus continuing the ongoing expansion of its activities in the Austrian energy market. WINGAS has been active in Austria since 2006. The opening of the office will now enable the company to strengthen its presence locally. "We're therefore meeting market demands and our customers' wishes to strengthen our commitment on the ground. We're investing there where our customers are," explains WINGAS CEO Dr. Gerhard König. "We want to continue growing and Austria provides the key to the natural gas market in central Europe. That is why we want to keep growing in the Austrian market." WINGAS Austria's customers currently include a dozen industrial clients along with regional and municipal redistributors, which means that WINGAS has already created a basis for its targeted growth.

"We want to be close to our customers and that is only possible if we are present on the spot. This enables us to actively meet customer wishes, jointly develop solutions and define development targets," says Hamead Ahrary, head of the Vienna office, in summarising the strategy for the Austrian market. "We want to continue growing - together with our customers."

The office opening has been modelled on the successfully founded subsidiaries in the UK (2003), Belgium (2007) and the Netherlands (2011). The WINGAS natural gas company, a joint venture between BASF subsidiary Wintershall and the world's largest natural gas producer Gazprom, sells natural gas to municipal utilities, regional gas suppliers, industrial customers and power plants. Through its subsidiary, astora, WINGAS can access natural gas storage facilities that make an important contribution to securing supplies in the region. These include the storage facility in Haidach, Austria, with a volume of more than 2.6 billion cubic metres, the largest natural gas storage facility in western Europe in Rehden, northern Germany, with a capacity of 4.2 billion cubic metres, and the Jemgum storage project on the German-Dutch border, which can store up to one billion cubic metres of natural gas. As a European player, WINGAS is now utilising the experience and expertise that it has garnered in other European countries to further develop its position in the Austrian market. We can offer the local energy market genuine added value and secure supplies of natural gas," says König. The company is one of the largest natural gas suppliers in Germany with a market share of around 20 percent. In 2011, WINGAS achieved a turnover of 300 billion kilowatthours. 45 percent of its gas is now sold in neighbouring European countries.

WINGAS is one of the largest suppliers of natural gas in Germany. The energy company is active in natural gas trading in Belgium, Denmark, France, the UK, Austria, the Netherlands and the Czech Republic. Its customers include municipal utilities, regional gas suppliers, industrial firms and power plants.