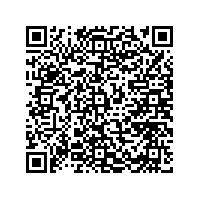 (PresseBox) ( Paderborn, 24.04.13 )
Having completed the first two quarters of fiscal 2012/2013, Wincor Nixdorf AG sees a slightly more positive outlook for its business over the course of the financial year as a whole. The company anticipates that it will exceed its previous forecast of 2% growth in net sales, while EBITA is on course to reach the target of at least €120 million (including restructuring costs).

Wincor Nixdorf's encouraging performance is supported by continued growth in the emerging markets. By contrast, no sustainable signs of recovery are apparent for business in many industrialized countries, especially in Europe, Wincor Nixdorf's core market. "The progress we have made with regard to our business in the emerging markets provides further support for the realignment of our global activities, which is making good headway," said CEO Eckard Heidloff. This process includes restructuring already underway with regard to the Hardware segment's global procurement, manufacturing and supply network. In this context, existing production at the company's facility in Singapore will be discontinued and transferred to China as well as to business partners. The company also plans to maintain its strategy of migrating further administrative and support positions to centralized regional service centers. The process of strengthening the company's Software business and its Professional Services capabilities is proceeding according to plan. "The success we achieved so far confirms that we are on the right path with the measures we have introduced to realign our business," Heidloff said. "It is also clear that we need to remain fully committed to pursuing this path."

Significant growth in Asia and Europe

In U.S. dollars, the Americas recorded a 10% increase in net sales during the first half of the fiscal year. Translated into euros, this is equivalent to an increase of 12% to €136 million (previous year: €121 million). On this basis, the proportion of total net sales generated by the Americas was unchanged at 11%. In the second quarter, net sales in the region were up 7% at €58 million (previous year: €54 million).

Sales increase with Hardware and Software/Services