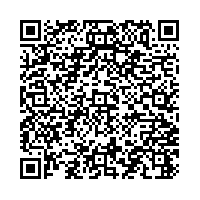 ● Plug and Play, Technologiegründerfonds Sachsen, Hans-Jürgen Cramer (former CEO Vattenfall Europe) amongst others invested €1M in the first financing round of WAKU Robotics.

● WAKU Robotics is building an independent marketplace for selecting, ordering and deploying industrial mobile robots for warehouse and production
environments.

Plug and Play, Technologiegründerfonds Sachsen (TGFS) and Hans-Jürgen Cramer (former CEO Vattenfall Europe) amongst others invested around €1M into WAKU Robotics with offices in Dresden and Berlin.

Founded late 2019, WAKU Robotics is building an independent marketplace for selecting, ordering and deploying industrial mobile robots for warehouse and production environments. WAKU Robotics helps their customers to curate the best robotic solution and to get most out of their robot fleet through AI-based predictive analytics. WAKU Robotics aims to become the biggest procurement platform for mobile robots.

Victor Splittgerber, CEO and Founder says: "Robots are becoming the future workforce. Demand is high, but procurement is often hard and time-consuming due to a missing market overview, manual solution design and complex integration processes. We’re excited to be backed by strong investors and looking forward to leading the fast growing robotics market.” "WAKU is the missing catalyser for effective and efficient robot adoption which puts them into a unique position to be a key driver of the robotic revolution. Companies striving for fast and intelligent robotic automation wont get around WAKU Robotics", says Hans-Jürgen Cramer, former CEO of Vattenfall Europe, about his investment into WAKU Robotics. Current clients are international industry leading logistic and e-commerce companies as well as warehouse and manufacturing providers. They already use WAKU’s expertise, the independent robot comparison platform “Lots of Bots” as well as the Online Robot Solution Designer. “The funds will be used for international expansion and for further developing our digital products such as our Robot Solution Designers and Robot Utilization Dashboard”, says Sander Nijssen, Co-Founder of WAKU Robotics.

About the founders
The 5-member founding team is well-known in the German startup scene. In 2014, Victor Splittgerber founded the Dresden startup "Green City Solutions''. After stepping down from operations, he initially headed the logistics innovation team at Zalando. That is where the idea for WAKU Robotics came into being. His co-CEO, Sander Nijssen, who previously served as CFO of NewMotion and later Managing Director of Formlabs EMEA, already knew him from his first startup. Florian Purchess, who previously worked as Head of Engineering for Lovoo and sold his former startup to Immowelt is leading the Tech. Alexander Bresk, renowned artificial intelligence expert and entrepreneur, is a sparring partner for the WAKU idea of Victor and knows the other Dresden founders from his long time engagement in the startup ecosystem. Responsible especially for product and user experience is Leo Käßner with more than 10 years founding and user centric development experience.

About TGFS
TGFS - Technologiegründerfonds Sachsen is an early stage VC fund targeting high tech startups with strong growth potential. The fund invests into ventures located in Saxony/Germany, Europe's leading cluster for Robotics. The team has invested into more than 120 companies so far, including more than 40 investments from the current fund.

About Plug and Play
Plug and Play is a global innovation platform. Headquartered in Silicon Valley, we have built accelerator programs, corporate innovation services and an in-house VC to make technological advancement progress faster than ever before. Since inception in 2006, our programs have expanded worldwide to include a presence in over 30 locations globally giving startups the necessary resources to succeed in Silicon Valley and beyond. With over 30,000 startups and 400 official corporate partners, we have created the ultimate startup ecosystem in many industries. Companies in our community have raised over $9 billion in funding, with successful portfolio exits including Honey, Danger, Rappi, Dropbox, Lending Club and PayPal. For more information, visit https://www.plugandplaytechcenter.com/

WAKU Robotics, based in Dresden and Berlin, was founded in September 2019. WAKU Robotics builds AI software to help warehouse operators and manufacturers to design the best robotic solution and procure or rent these robots through its marketplace.

WAKU Robotics empowers the end-customers to make the best robot selection through its robot comparison site lotsofbots.com and an online robot solution designer. WAKU has sales partnerships in place with all major robot vendors.

The company has gradually expanded its software tools by developing an agnostic robot management dashboard that enables end-customers to manage their robot fleet and to maximize robot utilization by flexibly scaling robot capacity up or down through flexible rental solutions.