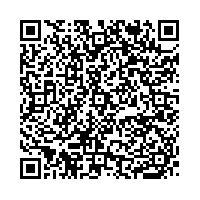 Vtion's Q3 revenues of Euro 21.54 million represent sales growth of 11.3% over the previous quarter. Consistent with the first half of the year, the major driver for Vtion's revenues was the wireless data terminal business segment, which accounted for approximately 79% of Vtion's revenue for the first nine months of 2012. Vtion's mobile intelligent terminal business segment, comprised of its tablet PC products, accounted for the majority of the remaining revenues, with minor contributions from the industry-specific computing solutions and Vtion Anzhuo mobile applications business segments.

Vtion's EBIT margin fell to 8% in Q3 2012, but remained at 10% overall for the nine month period. The drop in Q3 is primarily due to pricing pressure in the mobile intelligent terminal business segment, as increasing competition in the tablet PC market has resulted in lower average selling prices for these products. Overall margins in Vtion's other business segments remained consistent in Q3 with margins in the first half of 2012.

"I am glad to see what our sales personnel has been able to achieve in the face of a difficult macroeconomic environment," states Vtion CEO Chen Guoping. "The margin pressure in the tablet PC segment is cause for concern and is something that could affect us in the short term. However, our longer term outlook is positive given that we expect improving results from Vtion Anzhuo and our industry-specific computing solutions segment beginning in 2013 and these are two areas where there is less of the pricing pressure one sees in the hardware spaces. Reaching our guidance is our main short-term challenge, while our long-term business development prospects remain strong."

Vtion's full year 2012 guidance calls for revenue between Euro 80 million and Euro 100 million, with an EBIT margin of 10%. On the basis of the results of the first nine months of 2012, Vtion expects its full year results to be around the bottom end of the guidance, due to aforementioned macroeconomic headwinds and pricing pressure in the tablet PC business segment.

The Vtion Group is a leading supplier of wireless computing solutions and products for mobile Internet access via broadband wireless networks in the People's Republic of China. The company offers tablet PC products and support services through its mobile intelligent terminals business segment, including both to the consumer market and industry-specific clients. Through its wholly owned subsidiary, Vtion Anzhuo, the company offers online applications for the Android operating system. For 2011, the company reached sales revenues of Euro 77 million with an EBIT margin of 10.3%. Vtion Wireless Technology AG shares are being traded in the Prime Standard on the Frankfurt Stock Exchange with the ISIN DE000CHEN993. The company's ticker symbol is V33.