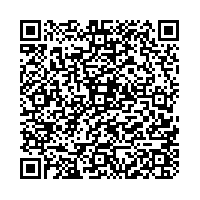 trans-o-flex and logistic partner have extended their co-operation from one lorry to up to 100 lorries a day / The secret of this dynamic development: loyalty and adaptability

(PresseBox) ( Weinheim, 05.11.12 )
The co-operation started in 1972 with a 7.5-ton lorry, which was used to transport parcels and pallets between the trans-o-flex locations in Augsburg, Munich and Nuremberg. Today, the forwarding agency Roman Mayer regularly deploys 70 long-distance transport vehicles for the trans-oflex Group. In peak times, this number rises to up to 100 vehicles a day. In a ceremony in Augsburg, both companies could now celebrate the 40th anniversary of their partnership. "Stability in customer and supplier relations is something that both companies stand out for and that they have in common", said Oliver Rupps, Spokesman of the Board of Managing Directors of the trans-o-flex Logistics Group. "However, stability and loyalty must always go hand in hand with adaptability and flexibility. This generates sustainable dynamics required to let partners and customers profit."

As an example of this dynamics, Rupps reminded of the enormous increase in the shipping volume achieved by trans-o-flex following Germany's reunification: in 1990, Roman Mayer extended his fleet of vehicles deployed for trans-o-flex assignments by 40 % within one month and recruited the necessary number of drivers. "Despite this strong growth, the Roman Mayer Group has, for decades, been among the three leading transport companies in trans-o-flex' quality ranking."

According to Rupps, it is not least Roman Mayer's environmental commitment that contributes to this success. Just as trans-o-flex, the company has been certified to DIN 14001. "As one of the first logistic networks, trans-o-flex has set up a complete CO2 balance, including the emissions of its transport partners, in accordance with the International Greenhouse Gas Protocol. Also because 98 % of Roman Mayer's vehicles meet the Euro 5 standard and 20 lorries have a Euro 6 engine, we could clearly reduce the transport-related burden on the environment caused by our company's long-distance haulage."

"Technologies, customers and markets change quickly and we have to adapt to it", said Roman Mayer. "However, a successful logistic company not only needs flexibility and innovation but also continuity because, especially in the transport business, we have to observe a number of quite simple basic rules. This is why, even after 40 years of co-operation with trans-o-flex, we still attach as much importance to just-in-time order execution as we did on the very first day."

Today, the Roman Mayer Group has a workforce of approximately 1,100 employees in 29 locations. Roman Mayer joined his parents' company in 1969 at the age of 20 and with a lorry. In 1976, he took over the company's management and developed the forwarding agency into a logistic company with a fleet of approximately 400 lorries and a storage capacity for 85,000 pallets. In order to secure the company's future, the Roman Mayer Group employs approximately 100 trainees working as forwarding merchants, management assistants in informatics, warehouse specialists, car mechatronics engineers and professional drivers. With his daughter Valesca Mayer, the next Mayer generation has joined the company to secure a successful succession management.

The success of the Europe-wide operating trans-o-flex Logistic Group is based on three pillars: 1. trans-o-flex Schnell-Lieferdienst offers a full-coverage network for the efficient and safe transportation of parcels and pallets (combi-freight) all over Germany. This also includes numerous additional services, such as the transportation of hazardous goods without being limited to small quantities. At the same time trans-o-flex, in its capacity as shareholder and partner of the Eurodis network, provides full-coverage combi-freight services in 34 European countries. The company has developed a large number of tailor-made solutions for specific sectors, e.g. for the pharmaceutical and home entertainment / consumer goods industries. 2. With a special network for active temperature control in the temperature ranges of between 2 and 8 °C as well as 15 and 25 °C, trans-o-flex ThermoMed takes over the transportation of temperature-sensitive goods for the pharmaceutical industry ThermoMed provides multinational pharmaceutical distribution in Europe with daily deliveries to 7 countries including Germany, Austria, Belgium, Luxembourg, The Netherlands, Denmark, and France via the ThermoMed European Network. 3. Additional logistic services from storage and picking/packing to value-added services, such as the set-up service for sales displays or electrical appliances, up to customer-specific transport networks are developed and implemented under the umbrella of trans-o-flex Logistik Service. In 2011, annual sales of the Group, which has a workforce of approximately 1,600 employees, amounted to ca. € 550 million. Since June 2008, trans-o-flex has been a 100-% subsidiary of Österreichische Post. For more information, go to www.trans-o-flex.com.