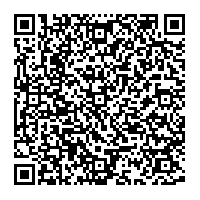 The agreement is designed to cultivate Europe's future engineering talent, encourage innovative processor designs and spur development in the high-technology industry across the region. The combination of Europractice's leading-edge infrastructure for electronic design tools and implementation flows, and Sun's industry standard-based multi-core processor architecture will provide researchers, professors and students with an end-to-end solution to help create next-generation multithreaded microprocessors.

"Sun's open source strategy and easily accessible processor IP design is a key reason for entering into this relationship," said Dr John McLean, Head of Europractice Software Service. "We are excited about the potential for future engineering innovations and educational advances on Sun's OpenSPARC technologies and believe access to this technology will help boost Europe's capabilities in teaching and research in the microprocessor field."

As part of the agreement, Sun and Europractice will jointly foster best practices throughout European education institutions and promote curriculum adoption.

Sun and Europractice will hold the first in a series of OpenSPARC technology workshops this autumn. Professors from participating universities will join Sun experts to learn first-hand about the latest processor innovations, including chip multithreading (CMT) and software programming that maximizes the advantages of multithreading. These professors will then incorporate OpenSPARC in their curriculum, research and lab work.

Students with access to the OpenSPARC technology will be empowered to create innovative and advanced solutions more quickly and easily due to Sun's open processor architecture.

As a global initiative, today's announcement builds on similar efforts by Sun and universities in China, Taiwan, New Zealand and the United States.

"As one of Europe's leading universities in the microelectronic design space, we view this development as important to our drive to integrate leading technology to create next- generation hardware solutions for the business environment," said Professor Per Stenstrom, Chalmers University of Technology in Sweden. "Sun's UltraSPARC T2 processor is one of the most advanced, multi-core, multithreaded and open sourced platforms in the industry."

Sun launched the multi-core, CMT revolution in 2005 with the introduction of the UltraSPARC(R) T1 processor, one of the industry's first eight-core, 32-thread, general purpose processor. In 2007, Sun introduced the second generation of CMT processors, the UltraSPARC T2, which doubled the thread count of the UltraSPARC T1, to 64. The UltraSPARC T2 is also the only true "system on a chip" in its class, combining high compute performance with integrated 10 Gb Ethernet, cryptographic acceleration, floating point units, and PCI-E controllers. Combined with the power of the Solaris 10 Operating System (OS) and Sun Logical Domains (LDoms) virtualization technology, the UltraSPARC T2 makes it possible to host up to 64 logical domains on a single chip.

OpenSPARC.net is the genesis of a vision by engineers, technologists, evangelists and executives at Sun Microsystems, Inc. to create a larger community where open conversations and collaborative development projects spawn dramatic innovations around chip design. Individual programmers as well as representatives from universities, industry associations, supporting software companies, foundries, entrepreneurs, large corporations and visionaries have already begun to participate in this expanded community.

Also today Sun announced the launch of the OpenSPARC Internals book, a resource dedicated entirely to supporting the broad community of students, developers and programmers using CMT technology across the globe. The guide, designed to simplify a variety of complex OpenSPARC programming tasks is available for download at http://www.sun.com/offers/details/OpenSPARC_Internals_Book.html.

Europractice was launched by the European Commission in October 1995, as a successor to the pioneering Eurochip project, to continue to help universities and research institutes adopt ASIC, SiP and Microsystems solutions in their teaching and research. The program helps to reduce the perceived risks and costs associated with these technologies by offering European academic users a range of services, including initial advice, ongoing support and advanced targeted training, plus reduced cost design tools and integrated routes to prototype manufacture.

A key component of Europractice is the Software Service which is managed by STFC Rutherford Appleton Laboratory.

Sun Microsystems develops the technologies that power the global marketplace. Guided by a singular vision -- "The Network is the Computer" -- Sun drives network participation through shared innovation, community development and open source leadership. Sun can be found in more than 100 countries and on the Web at http://sun.com.