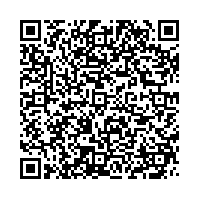 On March 12th 2009, the supervisory board of Group Steria SCA examined the consolidated accounts submitted by General Management.

This improvement highlights the successful integration of Xansa.

- Cost synergy targets for 2008 were exceeded and amounted to EUR 30m (8) compared to the initial target fixed in July 2007 of EUR 23.5m (8). In addition, cash out linked to restructuring charges as of end 2008 were EUR 10m (8) lower than the initial estimate of EUR 32.6m (8).
- All of the Xansa contracts which have expired since the acquisition in October 2007 have been renewed and commercial synergies are starting to take effect.
- Development of the industrial production model has accelerated with an 11% increase in staffing levels in India: 5,671 people as of end December 2008 or 29.5% of total Group employees.

In France, the operating margin was 6.5%, less than in 2007. The new organisation announced at the end of 2008 that refocuses on the strategic sectors and is in line with the Group's industrialised service offer has been fully up and running since January 1st 2009 and should improve the entity's efficiency in 2009.

The Group achieved very good cash flow generation over the financial year. Free operating cash flow (2) rose in 2008 to EUR 99.8m vs. 85.8m in 2007 thanks to an efficient management of capex and working capital requirements and despite of EUR 19.9m in restructuring charges.

At the end of December 2008, the Group's financial situation is healthy and robust.

- Limited financial debt (0.4 x shareholders' equity and 1.5x Ebitda).
- After-tax pension commitments recognised in the balance sheet were down to EUR 31.2m compared to EUR 54m at end December 2007.
- Banking covenants were comfortably respected: Ebitda (9) leverage was 1.54 (compared to a ceiling set at 2.25) and interest coverage (10) was 6.74 (compared to a floor set at 3.75).
- Annual repayments falling due over the next three years will on average be lower than EUR 60m.
- Cash position is EUR 141.1m and there were additional facilities (confirmed and not yet used) of EUR 236m at end December 2008.

NB: 2008 net profits take into account a non-recurring tax charge of EUR 5.8m which corresponds to the de-activation of deferred tax assets in Spain which should be viewed in the context of developments in the Spanish economy.

In the current economic climate where the Group's priority is to reduce debt, the General Management, the Supervisory Board and Soderi's Board of directors are proposing a dividend (11) for 2008 of EUR 0.12 euro per share (EUR 0.42 was paid out in 2007).

The business environment in the first weeks of 2009 is difficult and offers only a limited visibility.

The large proportion of revenue deriving from recurring services (roughly 60% of total revenue) combined with the company's positioning on clients in the public, energy and transport sectors (50% of total revenue) means the Group has a strong resilience.

The Group also benefits from two major advantages in helping clients with their strategic transformation needs and cost savings: a leading position in Europe on the promising Business Process Outsourcing market and an advanced industrial organisation that harnesses an integrated production model which fully integrates onshore and offshore resources. At end 2008, offshore staff represented 30% of total Group employees.

The Group has also taken steps to manage costs by optimising structures, purchasing, internal IT etc. This, together with the further synergies expected from the integration of Xansa, should support the Group's performance over the short to medium term.

Based on these factors the Group should prove resilience to the economic downturn and is confident in its ability to comply with its banking covenants.

(1) Before amortisation of intangible assets arising from business combinations The operating margin is the Group's key indicator. It is defined as the difference between revenue and operating expenses, the latter amounting to the total cost of services provided (expenses needed to carry out projects), marketing costs and general and administrative costs.
(2) Operating cash flow less changes in Working Capital Requirements, Capex net of disposals and restructuring.
(3) Exchange rate as of July 26 2007 (EUR/GBP 0.67) corresponding to the date the acquisition of Xansa was announced. Non audited figure.
(4) Includes Xansa for 2.5 months in 2007.
(5) Xansa has been fully consolidated since October 17 2007, i.e. over 12 months in 2008.
(6) Operating profit includes restructuring costs, capital gains from disposals, expenses linked to share schemes granted to employees and other non-recurring items.
(7) Attributable net profit restated for operating income and expenses, amortisation of intangible assets and interest costs from business combinations and exceptional items that impacted Xansa's results during the period when it was equity consolidated in the Group's accounts in 2007.
(8) Exchange rate as of July 26 2007 (EUR/GBP 0.67) the date when the acquisition of Xansa was announced. Non audited figures.
(9) Net financial debt + after-tax pension fund deficit on Ebitda (Earnings before interest, tax, amortisation and depreciation)
(10) Net cost of financial debt on operating margin (2)
(11) Subject to shareholder approval at the AGM on Friday May 29. The dividend will be detached on Tuesday June 9. The dividend will be paid out from Tuesday July 7. Between June 9 and June 25, shareholders will be able to choose for payment in cash or payment in shares.