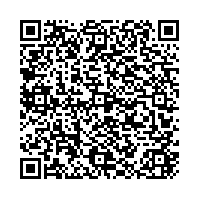 (PresseBox) ( Culver City/CA, 23.03.09 )
Sony Pictures Entertainment is uniting its domestic and international television divisions as part of its strategy to produce and distribute content on a worldwide basis.

The announcement was made by Sony Pictures Chairman and CEO, Michael Lynton, and Co-Chairman, Amy Pascal.

"The globalization of entertainment makes it possible for us to create movies and television shows with worldwide appeal," said Pascal. "There's a profound sea change in the way people around the world experience entertainment, and the television industry is changing rapidly to meet new audience demands."

"This strategic move will allow us to be more united in pursuit of the opportunities presented by this new age of internationalization," Lynton added. "We want to give people everywhere an even wider variety of formats and programs, so it makes sense to have one television division overseeing this global phenomenon."

Steve Mosko, president of Sony Pictures Television (SPT), will head the unified division, which retains the same name. Michael Grindon will remain president of international television and will continue to manage those operations, reporting to Mosko.

"Steve is a tremendously talented leader who has taken a U.S. television division that was virtually on life-support not so many years ago and turned it into a strong and growing business for our studio," said Pascal. "We know he's the right person to bring our domestic and international groups into one global team. And Michael and the great team he leads have built and run one of the best distribution, production and channels businesses in the world, with record success. By joining these divisions together at this moment in history, when television entertainment is more global than ever, we know even greater success lies ahead."

"With the reciprocal content flow between domestic and international markets, these two businesses are naturally intertwined," said Mosko. "This integration of effort will allow us to innovate and create quality entertainment with international appeal, to act more quickly in response to an evolving global market for entertainment, and to expand upon our successes and grow our production and distribution business globally."

"With Michael and Amy's support and under Steve's leadership, the unified TV division will be an even more efficient entity that will allow us to better serve our clients on a worldwide basis," said Grindon. "Steve and I have worked together for many years and I believe this new structure will improve our ability to quickly capitalize on market opportunities."

Sony Pictures' international television division has been a leader among Hollywood studios in the distribution of film, television and digital content to all media outside the U.S., and operates over 50 television networks in more than 130 countries, reaching over 400 million households. It is also a leader in the field of international television production with over 9,000 hours of high-profile programming in 13 local languages in over 30 countries. To better serve its clients and partners, the international television division maintains offices throughout the world, including Australia, Brazil, Canada, France, Germany, Hong Kong, Hungary, India, Italy, Japan, Korea, Mexico, the Netherlands, the People's Republic of China, Russia, Singapore, Spain, Venezuela and the United Kingdom.

Sony Pictures has also rapidly scaled up its capabilities in the "light entertainment" format, which includes game and reality programming. Within the past year, it has acquired 2waytraffic and Embassy Row, two of the most prominent producers and distributors of light entertainment in the world.

In the United States, Sony Pictures is one of the television industry's leading content providers with a current program slate that includes the top-rated game shows, award-winning cable series, original animated series and critically acclaimed broadcast network primetime dramas, comedies and telefilms; as well as first-run syndicated fare. SPT also distributes the feature films and television shows from the studio's library, one of the largest in the industry.

Additionally, the division manages and creates original content for the studio's premium video website, Crackle.com. SPT owns one-half of cable channel GSN, is a partner in FEARnet, and is part owner of the US media sales company ITN Networks, Inc. SPT's advertiser sales group is one of the premiere US advertising sales companies.

Lynton and Pascal believe that by putting two strong and successful divisions together, the studio can function even more effectively in exploiting opportunities on a truly global scale. "This is a case of one-plus-one equaling three or more," said Lynton. "They say politics stops at the water's edge, but television certainly does not in this 21st century digital and satellite age."

The unification of the television divisions will take effect on April 1. In the fall, SPT employees located in the Los Angeles area will be moving into new offices being constructed on the Sony Pictures studio lot in Culver City, increasing opportunities for intra-divisional collaboration.

Sony Pictures has previously acted to integrate its motion picture marketing and distribution businesses on a global scale, bringing domestic and international staffs together under a unified leadership. As a result, its international box office receipts have grown in recent years, illustrated by such global hits as The Da Vinci Code, Quantum of Solace, Spider-Man 3, Casino Royale and Hancock.

As president, Sony Pictures Television (SPT), Steve Mosko oversaw all U.S. television operations for Sony Pictures Entertainment (SPE). He was appointed to the position in 2001. Under his aegis were programming and production, distribution, digital distribution, and advertiser sales, as well as overseeing the studio's interests in FEARnet, Crackle.com, GSN, and ITN Networks, Inc. Mosko joined SPE in 1992 as vice president of the western region for Columbia TriStar Television Distribution, the syndication and cable network production and distribution organization that was a predecessor to SPT. For that entity, he held several senior management positions, including executive vice president, sales, before being named president in 2000. From 1988-1991, Mosko was vice president and station manager of Philadelphia's WPHL-TV. There, he managed the station's day-to-day operations and was involved in long-term strategic planning. Previously, from 1983-87, he was general sales manager for that city's WTAF-TV.