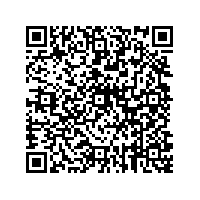 As was already the case in the first and second quarter of 2009, SMT Scharf recorded revenue growth in China and South Africa in particular. For example, in August 2009, SMT Scharf received an order from China for five monorail hanging railway trains to be supplied on short notice. This order has a value of more than € 2 million. In contrast, the Russian market remained weaker compared to the previous year, despite initial signs of a recovery. At the same time, business in Germany in the third quarter lagged behind expectations. As a result, the proportion of revenue recorded outside Germany increased to 80% over the first nine months (previous year: 72%).

The EBIT margin after nine months totaled 13.3% compared to 13.7% last year. This slight downturn is due, in particular, to provisions for staff adjustments at the Hamm facility and to a shortfall of orders at the Neunkirchen facility that could not be compensated for immediately. As was the case in the first nine months of 2008, earnings after taxes totaled € 3.3 million.

"We are very pleased with our growth in the first nine months of 2009, even if customers are not yet investing in certain markets, such as Russia, to the usual extent," commented Dr. Friedrich Trautwein, SMT Scharf AG's CEO. He added: "It remains very difficult to predict how our customers' investments will develop in the coming weeks and months. As a result it is not possible to make a concrete forecast for SMT Scharf's revenues and earnings for fiscal Corporate News Page 2 of 2 year 2009 from the current viewpoint. However, developments over the past months have reinforced our expectations that we will be able to increase the SMT Scharf Group's revenues and earnings on average over the coming years."

The full report for the first nine months of 2009 will be available for download at www.smtscharf.com ("Investor Relations" section) during the course of November 13, 2009.

The SMT Scharf Group develops, builds and maintains rail-bound railway systems for mining and use in tunnels. The trains are used all over the world, primarily in hard coal mines, gold mines and in underground mining for platinum, diamonds, copper and nickel. They are used to transport material and personnel with working loads of up to 35t. Rail-bound trains are the only means of transport that can be used underground on branching lines to cope with inclines of more than 13 degrees. The SMT Scharf Group has subsidiaries in Germany, Poland, South Africa, China and Russia, as well as agencies around the world. The railways developed by SMT Scharf are characterized, above all, by high-performance engines, high working loads, high speed and low operating and maintenance costs. SMT Scharf records more than 70% of its revenues on high-growth foreign markets, such as Russia, China and South Africa. The replacement parts and repairs business constitutes around 50% of revenues. The advances in exploitation of resources make underground conditions increasingly difficult which in turn requires more high technology transport solutions in mining. The total market for underground transport technology comprises around € 5 billion to € 7 billion per year according to company estimates. SMT Scharf AG has been listed in the Prime Standard (regulated market) of the Frankfurt Stock Exchange since April 11, 2007.