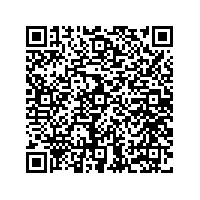 SMT Scharf AG: New Supervisory Board with many years of mining experience

News abonnieren
(PresseBox) ( Hamm, 12.05.14 )
The Supervisory Board that was newly elected by the AGM on May 7 of SMT Scharf AG (WKN 575198, ISIN DE0005751986), the technology and world market leader for captivated railway systems for underground mines, has convened for the first time.

Michael Reich (51) was appointed Chairman of the Supervisory Board. He holds a degree in mining engineering from the Technical University of Clausthal. Reich has held various managerial positions in the mining sector and its supply industry for the last 26 years. From 2002 until 2007, he was CEO Europe and CIS at the mining and tunnel construction company Minova Carbo Tech GmbH (sales: EUR 130 million, 900 employees), from 2007 until 2011 CEO of Minova International (sales: AUD 850 million, 2,500 employees) and Member of the Managing Board at its Australian parent company Orica (sales: AUD 7.3 billion, 15,000 employees) based in Melbourne, Australia. Reich is Chairman of the Supervisory Board of DSI-DYWIDAG International as well, which also operates in underground mining.

Hans Joachim Theiss (46), who was elected Deputy Chairman of the Supervisory Board, holds a university business degree. He has more than ten years of experience as a management consultant. From 2001, Theiss first was Chairman of the Supervisory Board, and from 2006 was a Member of the Management Board, before becoming CEO in 2007 of KSR Kübler Niveau-Messtechnik AG (sales: approximately EUR 35 million, employees: 330), a supplier of level-measuring equipment to the process industry. Since 2013, Theiss has been an independent consultant to medium-sized companies.

The third Member of the Supervisory Board is Dr.-Ing. Dirk Vorsteher (62), who, after gaining a degree and a doctorate in mechanical engineering at RWTH Aachen, first held managerial positions at FAG Kugelfischer KGaA, a leading producer of roller bearings. Between 1995 and 2007, Dr. Vorsteher was Managing Director with responsibility for technology and production at DBT Deutsche Bergbau-Technik GmbH (sales: EUR 850 million, employees: 3,000), the former parent company of SMT Scharf, which today forms part of Caterpillar. Since 2010, Dr. Vorsteher has acted as an independent consultant.

Christian Dreyer (51), CEO of SMT Scharf AG, looks forward to a fruitful collaboration: "The new Supervisory Board of SMT Scharf AG brings with it many years of experience in the mining and mechanical engineering industry. I look forward to a creative and constructive exchange and collaboration. Over the coming years, we will work together on a committed basis through the current mining crisis into the next boom on successfully developing SMT Scharf AG."

SMT Scharf Group develops, manufactures and services transport equipment for underground mines. The main products are captivated railways that are used all over the world, primarily in black coal mines, but also in mines for gold, platinum and other metals. These are needed to transport material and personnel with payloads of up to 45 tons on gradients of up to 35 degrees. In addition the company supplies mines with chairlifts. SMT Scharf Group has subsidiaries in six countries and agents worldwide. SMT Scharf generates more than 90 % of revenues in growing foreign markets such as China, Russia and South Africa. Business with replacement parts and repairs contributes about half of revenue. The entire market for underground transport equipment is estimated to be EUR 5 to 7 billion per year. SMT Scharf AG has been listed in the Prime Standard (Regulated Market) of the Frankfurt Stock Exchange since April 11, 2007.