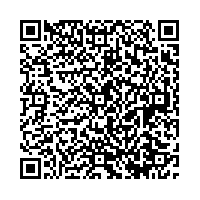 News abonnieren
(PresseBox) ( Essen, 06.11.08 )
.
- Continued strong growth in sales (+ 22%)
- High expenses for project preparations have negative impact on results
- Volume of orders increases by 18 percent with respect to previous quarter
- Outlook for the whole year: Confirmation of the sales forecast, results will depend on Q4

secunet Security Networks AG, a leading European provider of solutions and products for IT security and high security, has continued its strong growth in sales in Q3-2008. With this, secunet was able to achieve a 22 percent increase in the net sales amounting to Euro 33.2 million in the first nine months of 2008. With high capacity utilisation, the volume of orders in the third quarter has gone up by 18 percent. The expenses in preparation for large projects have however brought down the results. The Board of Directors of the company has therefore corroborated its outlook for the sales in 2008. The results forecast will depend to a large extent on the fourth quarter.

The corporate turnover of secunet Security Networks AG increased from Euro 27.1 million in the first nine months of 2007 by 22 percent to Euro 33.2 million in the current year. The main growth driver continues to be the business division High Security, which provides the high security technology SINA. Here the sales went up by 60 percent compared to the previous year.

The trends in the expense positions have been different compared to the first nine months of 2007. Depreciations have decreased by 4 percent.

Personnel costs have gone up inordinately compared to the sales, by 6 percent. The other operating expenses have increased by 18 percent over the previous year in the first nine months of 2008, mainly as a result of the increase in the sales activities.

The expenses on materials and services availed went up significantly by 73 percent in the first nine months of 2008 as against the previous year. This expense position is influenced on one hand by the hardware services in connection with the growing SINA business and on the other hand, by expenses for external services. This is because secunet had to fall back on the services of external providers to deal with capacity crunches and to make up for the employees who were taken out from the productive sector and engaged in project preparations.

With the continued high utilisation of capacities, which is reflected in the sales figures, the volume of orders has gone up significantly: As on 30th September 2008 it amounted to Euro 22.2 million, a plus of 18 percent over the status at the end of June 2008.

"This year, we have won orders for the execution of several large IT security projects, and have thereby secured growth in our revenues over long term", commented Dr. Rainer Baumgart, CEO of secunet Security Networks AG. "The high expenses incurred for successful sales and marketing and by the preparations for these important projects have no doubt had a negative impact on the current financial year, but will pay off in future."

Based on the development of business after the first nine months of 2008, the Executive Board of secunet Security Networks AG has confirmed its expectations of a two-digit increase in sales compared to the previous year. The annual results, like in the previous years, will be determined to a large extent by the developments in the fourth quarter of 2008.

The 9-Month-Report of secunet Security Networks AG is available at http://www.secunet.com/finanzberichte.html?&L=3.

A Critical Q & A With Robert Mintak, CEO Of Standard Lithium