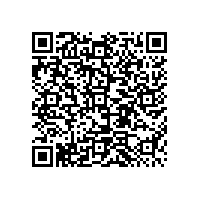 RWE intensifies its focus on sustainability

Marga Edens studied law at the University of Utrecht, majoring in private sector law, followed by international post-graduate studies culminating in a Master of Business Administration (MBA). After gaining some initial professional experience as a corporate lawyer, she moved to Essent N.V. in the year 2000. During her time there, she was manager of the Executive Board staff, then head of Investor Relations before assuming the role of head of Corporate Responsibility.

Peter Terium: "The public expects us to come up with intelligent and comprehensive responses to some urgent environmental and energy policy challenges. Energy, as our core business, is an essential part of social policy discussions and debates. As a company, we are not only judged on our balance sheet performance but also on how well we as an employer work with our employees to identify solutions that enable us to expedite a sustainable energy supply. I am delighted that we have been able to attract a highly experienced, skilled and exceedingly dedicated manager in the form of Marga Edens to this important role. I am convinced that Marga Edens will make a valuable contribution to that."

For several years, RWE has been ranked at the top of prestigious leader boards like the "Dow Jones Sustainability Index" and the "Carbon Disclosure Project". RWE was also one of the first German DAX companies to link Executive Board salaries directly to the achievement of annual sustainability targets set by its Supervisory Board.

In addition, RWE has made a commitment to double the current percentage of women in leadership roles of 11% to 22% by the year 2018. Peter Terium: "To me, the subject of diversity is a key aspect of the future direction of our Group. But Diversity is about far more than active promotion of talented women. We also want to achieve more international representation in our leadership team and remain attractive to young people as an employer. This is why we encourage contemporary forms of work and foster equal opportunities in family planning. Any company that demands the highest possible performance from its employees must also create a working environment that is flexible enough to meet their different needs."

Furthermore, with effect from 1 June 2012, Peter Terium becomes the Chairman of the Advisory Board of the RWE Foundation. The RWE Foundation was set up in 2009 as successor to the RWE Youth Foundation established in 1998. Since then it has pooled all the work of the Group in the areas of education, culture and social commitment linked by the common theme of "energy". The RWE Foundation, with €60 million of capital, is one of the largest charitable trusts in Germany. In 2011, grant approvals worth a total of €1.15 million were made to deserving causes. An additional €2.4 million was invested in other charitable projects within the Group and the "RWE Companius" initiative. The fact that Group employees perform voluntary work on around 2000 local projects under this scheme is compelling proof of RWE's ability to combine entrepreneurial with social responsibility.