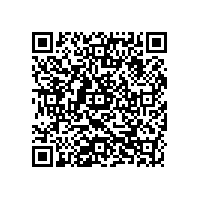 Nabucco is the most economic link for Caspian gas to Europe

News abonnieren
(PresseBox) ( Essen, 16.11.09 )
.
- Nabucco transportation tariffs and wellhead to market costs are much cheaper than any other mooted projects
- The highest value transportation route for Caspian producers is thus Nabucco
- Nabucco gives Europe the best guarantee of security of supply through diversified gas route and diversified sources of supply
- Nabucco will encourage more market competition than any other project

RWE today announced that Nabucco will offer the cheapest option to Caspian gas producers such as Azerbaijan to link their gas resources with the large downstream markets of Europe. Comparing publicly available data from other pipeline projects as South Stream, Interconnector Greece-Italy (IGI) and Trans-Adriatic-Pipeline (TAP), RWE has established clear evidence of the considerable benefits for Nabucco. Stefan Judisch, CEO of RWE Supply & Trading said: "Nabucco offers the Caspian producers the highest net back value for their planned gas deliveries to Europe and the most secure transportation route. The figures clearly show that Nabucco is significantly the cheapest of all the proposed Southern Corridor projects in terms of the cost of transporting the gas to Europe." Opening the Southern Corridor through Nabucco will enhance security of supply for Europe and security of demand and gas prices for suppliers in the Caspian region and the Middle East.

Sufficient gas for Nabucco is available from Azerbaijan, Turkmenistan and Iraq, all of whom have declared their commitment to supply Europe with gas, and shown very clear interest in using Nabucco to transport it. Only Nabucco can demonstrate to the gas supply countries with significant supply export capacity (up to 31 bcm/a) through a secure dedicated pipeline that has transparent and nondiscriminatory access. RWE is in gas supply discussions with Azerbaijan and Turkmenistan and is expecting to see first gas supply contracts with the Caspian region in the first half of 2010.

RWE has compiled the information available from the websites of the respective companies responsible for the pipeline projects and other public sources. RWE has on that basis alone made a comparative study of transport tariffs for South Stream, IGI, TAP and Nabucco.

The results clearly conclude that Nabucco provides a very distinct economic advantage to gas producers and shippers. On distance basis the Nabucco tariff is 40% to 73% cheaper than the other projects, and the total wellhead to market costs of Nabucco are 15% to 27% below the other pipelines. Investment cost estimates show that building cost for each bcm installed capacity of South Stream is 50% above the respective cost of Nabucco.

In addition, other important factors speak in favour of Nabucco: Nabucco will enhance overall security of supply and increase market competition in Europe. South Stream leads to no real diversification of gas supply sources. IGI/TAP are primarily dedicated to small and already overcontracted regional markets, and do little to create energy security for countries most dependent on gas imports from one source. Nor do they offer any substantial transport capacity for caspian suppliers to diversify their export base.

Nabucco is moving forward according to plan, while South Stream has not yet started its route planning or feasibility studies. IGI/TAP are dependent on access to the Turkish gas transport system (Nabucco has secured these rights through the signing of the Inter-Governmental Agreement in Ankara on the 13th of July, 2009) and TAP is likely to continue to be constrained by the political and practical difficulties connected with a Iranian gas supply agreement.

Finally, only Nabucco is able to increase competition in the gas markets: half of its capacity will be reserved for third party shippers, rather than the pipeline being reserved totally for gas owned by the pipeline builders; a nondiscriminatory and transparent Open Season will be held in 2010 to allow shippers to make firm bookings. Tariffs will be based on a common methodology and are following a onestopshopprinciple.

Nabucco will make a significant contribution to the security of supply of natural gas for Turkey, South-Eastern Europe and Central and Western Europe. The pipeline will provide access to new sources of gas for European customers and encourage competition within the international gas markets. The Nabucco gas pipeline will run for over 3,300 km from Turkey via Bulgaria, Romania and Hungary to Vienna, close to the Baumgarten gas hub. Currently, the pipeline shareholders include OMV Gas&Power, MOL, Transgaz, Bulgarian Energy Holding, BOTAS and RWE. The planned capacity for the final development stage is 31 billion cubic meters. Total capital investments are currently estimated with € 7.9 billion. Final investment decision is scheduled for 2010.

South Stream is a joint project of Russia's Gazprom and Italy's ENI in order to supply Turkey and Europe with russian gas via a pipeline crossing the Black Sea. According to official figures, the pipeline will have a length of 3,200 km and a throughput capacity of 63 bcm/a. Gazprom's own estimates are showing a capex of roughly € 25 bn to build the pipeline that should come on stream 2015.

IGI (Interconnector Greece-Italy) is a joint project of the companies Edison (Italy) and DESFA (Greece) to link gas from the turkish transport system to Greece and Italy. The pipeline will have a capcity of 10 bcm/a. Start up is scheduled for 2012. Building costs are estimated with € 1.1 bn. Total length of the pipeline will be 807 km.

TAP (Trans-Adriatic-Pipeline) is a joint project of the Swiss company EGL and Statoil Hydro (Norway). The 520 km long pipeline will transport gas via Greece and Albania and across the Adriatic Sea to Italy's southern Puglia region and further to Western Europe. The project is designed to expand transportation capacity from 10 to 20 bcm per year depending on throughput. TAP is provided to start operations in 2012.

RWE Supply & Trading RWE Supply & Trading is a leader in European energy trading and - with a gas procurement volume of 50 billion cubic metres per year - it is also among the leading companies in the European gas industry. RWE Supply & Trading is responsible for all of RWE Group's activities relating to international energy procurement and transacting in traded energy wholesale markets. The German based company has a European focus and acts as the hub for all tradable commodities such as power, gas, coal, CO2 certificates and oil in their physical and derivative forms. Energy derivatives are used to secure price risks in the market. In addition, the company is optimising the complete gas portfolio of the RWE Group, from short- to longterm procurement down to the Group's delivery commitments. The headquarters of RWE Supply & Trading is in Essen, Germany, with additional branches and Trading Floors in London and Swindon in the UK, as well as in Prague, Czech Republic. Following the acquisition of Essent by RWE, the companies plan to pool Essent's and RWE's wholesale trading and gas procurement in order to effectively establish a leading energy trading company in Europe and one of the strongest competitors in the European gas industry.