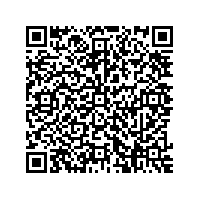 (PresseBox) ( Poschiavo, 09.04.19 )
Repower AG has posted a good result for the 2018 financial year. Repower improved on its prior-year performance in terms of both operating income (EBIT), up 4.7 % to CHF 35 million, and total operating revenues, up 13.2 % to CHF 2.1 billion. The Italian market made a major contribution to the good results. New fields of business are developing well. The offering around electromobility, for example, has been further expanded. Repower also launched promising new services.

Performance in the 2018 financial year was helped by a slight increase in the price of energy. Good production volumes also had a positive impact on the results. Repower was able to systematically exploit the improved situation, and thanks to optimum management of its energy positions, excellent trading results and persistent cost management, posted good results for 2018.

At CHF 2.1 billion, total operating revenues were significantly better (+13.2 %) than the prior year. There was a slight (4.7 %) year-on-year improvement in operating income (EBIT) to CHF 35 million. The results for the full year turned out considerably better than expected after the first six months. In August Repower experienced an earnings setback because of a technical defect discovered during an overhaul of the Teverola combined cycle power plant, which resulted in several months of downtime. Despite this, besides the improved market situation, a gratifying performance from Teverola was one of the main drivers of the positive development in the second half of the year.

The Market Switzerland segment posted an operating income of CHF 17.5 million (+8.7 %). The Market Italy segment contributed EBIT of CHF 29.3 million to group earnings (+20.6 %). There was a significant (29.1 %) year-on-year increase in cash flow from operating activities to CHF 55 million (versus CHF 42.6 million the prior year). At CHF 16 million, group profit came in CHF 4 million below the prior year.

Repower is systematically adapting its strategy to the needs and circumstances of the market.

Repower invested CHF 28 million in extending and maintaining its distribution grid. This included reinforcing the grid in the Landquart area, which involved dismantling 13 electricity pylons and running the lines underground. Repower invested a total of CHF 14 million in expanding and maintaining its generation assets. Over the next few years the company plans to preserve the value of its hydropower assets by investing substantially in refurbishment.

In line with its strategy, Repower has also further increased its renewable generation capacity. The portfolio of wind, solar and small hydropower assets held by the Italian subsidiary Repower Renewable, created in December 2018, generates 170 GWh of electricity a year. In Italy Repower also further augmented its sales business with a new, fully digital distribution channel.

With its closer focus on services, Repower is well equipped for the future. The company has been able to draw on its know-how to deliver numerous contracts for third parties in Switzerland. Last year this included constructing a new 220-kV substation in Avegno on behalf of Swissgrid. During the year under review Repower provided services for 44 municipal authorities. In 2018 the company generated revenues totalling around CHF 16 million with services for third parties.

The product range was enhanced with the addition of SUN@HOME, a solution for using and storing energy from solar plants that also enables customers to optimise their own consumption of energy. In line with its strategy Repower will continue to invest in product innovation in the years to come.

The company is systematically driving its electro-mobility portfolio forward in Switzerland and Italy. Gratifying sales figures and sustained growth underscore the importance of electric vehicles. Repower is steadily expanding its own network of charging points, which now number more than 980 in Switzerland and Italy. New partnerships with organisations including Minergie, Jaguar Landrover Schweiz AG and SwissPass promise to yield useful synergies.

The EASYASSET, ENERGYSPACE and Repricer products were refined and developed with a clear focus on customer needs. Repower’s proprietary SMARTPOWER, a smart metering solution that ideally complements the objectives of the federal government ’s Energy Strategy 2050, was successfully tested in a pilot project at the end of 2018. The rollout of SMARTPOWER is scheduled for 2019, with the product also offered to other energy utilities.

Given the company’s sustained, stable earnings, the board of directors will move that the annual general assembly on 15 May 2019 in Pontresina resolve to distribute a dividend of CHF 0.50 per share. This would be the first dividend since 2013.

Despite the fact that market conditions remain challenging for the energy industry, overall Repower can look to the future with confidence. In the next few years electricity prices can be expected to remain at a positive level for Repower. At the same time, the internal reorganisation is bearing fruit, and the company anticipates even more contracts for third parties in the years to come. Repower will systematically continue with endeavours to align the organisation to sales and services. For 2019 Repower anticipates operating results higher than 2018 levels.


Repower’s full 2018 online report can be viewed at onlinereport.repower.com. From around 10am there will also be a presentation on the 2018 results at www.repower.com/investors.
The annual report appears in electronic form in German, Italian and English. In addition, a concise print version is available in German and Italian. In the event of differing interpretations, the German text is definitive.
Repower will be presenting its 2018 results on 9 April 2019 at a media conference in Landquart and at an investors’ and analysts’ meeting in Zurich. Invitations have been sent out separately.
In this text, expectations and assumptions about possible future developments are expressed. Given that these comments are subject to uncertainty and risk, actual developments may diverge from the statements contained in this news release.

Repower is a sales and service company operating in the energy business, with over 100 years of experience. Its key markets are Switzerland and Italy. Repower's head office is in Poschiavo (Graubünden, Switzerland), and it has additional offices in Bever, Ilanz, Küblis, Landquart, Zurich and Milan. The group operates along the entire electricity value chain, from generation and trading to distribution and sales, and in the gas business. It also develops intelligent systems to facilitate the energy transition. Repower draws on its deep energy expertise to offer its services to other customers and deliver contracts for third parties.

Gold Terra Appoints Hellen Siwanowicz to Board of Directors