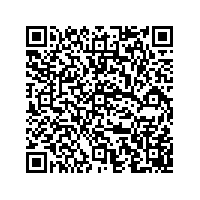 News abonnieren
(PresseBox) ( Sprendlingen, 20.02.08 )
Smaller, more powerful, better performance...are the buzzwords in the area of DC/DC module power supplies. Good thermal management of the heat generated has become an important part of the design-process. But what needs to be done?

An indisputable fact is that the efficiency of any energy conversion process is always less than 100%. That means that a part of the energy being changed goes astray, in other words, is converted into heat and that ultimately this waste heat must be removed. The laws of thermodynamics state that heat energy can only flow from a warmer to a colder environment. So, for DC/DC converters, this means that if the internal heat is to be dissipated out of the module, that the ambient temperature must always be lower than the maximum allowable internal temperature. The smaller this difference is, the less heat energy will be lost and thus the converter will warm up even more.

But which temperature specifications in the datasheet are to be consulted for the calculations? RECOM declares two values in its datasheets, Operating Temperature Range with or without derating and the Maximum Case Temperature. Some manufacturers even say that these two values are the same.

In order to achieve an optimal internal thermal environment, RECOM converters are fully potted with a thermally conductive epoxy so that the concentrated sources of heat are conducted evenly throughout the converter. The epoxy has a low thermal conductivity of 400mWmK-1 to ensure an effective transfer of internally generated heat to the case outside surface. It is possible to further lower the thermal resistance to ambient by fitting an external heat sink (see later).

RECOM states the minimum and maximum ambient operating temperature because this is easiest for the end user to measure and to monitor. The advantage is that true ambient temperature can be measured in the actual application and it need not be theoretically calculated, plus the results are valid for both sealed and open constructions with a through-flow of cooling air. Additionally, the measured case temperature can be used to decide on a suitably dimensioned heat sink so that the maximum case temperature is not exceeded at the maximum ambient temperature. Nevertheless, the internal losses and thermal resistances can also be derived mathematically. For the calculations, Ohm’s Law of R=V/I can be modified so that R becomes thermal resistance, V becomes temperature and I becomes power dissipation.

With help of the above formulae, the maximum allowable ambient temperature for a given set of operating conditions can be calculated, but it is important to remember that efficiency is dependent on both the output load and the input voltage (refer to graphs below). The formulae also demonstrate that case temperature is not the same as operating temperature, as is so often falsely claimed.

If the thermal dissipation calculations reveal that the DC/DC Module will overheat at the desired ambient operating temperature, then there are still a number of options available to reach a solution.

One option is to derate the converter, i.e, use a higher power converter running at less than full load. The derating diagrams in the datasheets essentially define the maximum load at any given temperature within the operating temperature range. The derating curves are in reality not so linear as they are declared in most datasheets. However, reliable manufacturers will always err on the safe side so that the values given can be safely relied on in practice.

If the converter has a plastic case, then the next largest case size with the same power rating could be chosen to increase the available surface area. However, care must be taken not to compromise on efficiency otherwise no net gain will be made.

If the converter has a metal case, then adding a heat sink is can be very effective, particularly in conjunction with a forced-air cooling system.

This has been a basic overview for all users confronted with a thermal management issue, but it has covered the main points that need to be considered. If however, the results of your calculations or measurements are border-line, then the issue must be examined in more depth. So, for example, there is a difference in thermal performance between vertically and horizontally mounted modules, between static air and freely convecting air and with air at low atmospheric pressures. However, investigating all of these factors would take up too much space in this article. If you have any additional queries, please feel free to contact RECOM technical support under info@recom-development.at.

Incorporated in 1975 RECOM Electronic GmbH originally was a supplier for high precision metal-film- resistors and networks, becoming a pioneer for miniature DC/DC-converters in the mid 1980's. Today RECOM is a leading supplier of converters in the power range from 0.25 Watt to 60 Watt and above.

Our core focus- development & design, production and marketing span three continents - America, Europe and Asia, thereby ensuring close proximity to our customer base worldwide. Our continued quality improvement is significantly enhanced by RECOM being the first converter manufacturer having been awarded the prestigious TS 16949 certification.

Leading international corporations have selected RECOM as their strategic supplier for power supplies. The continued expansion of our international presence makes RECOM an important partner for the global industrial automation industry, aerospace, medical, transport and communication.

The RECOM group of companies is committed to continue to be at the forefront of technological developments. Please consult our webpage: http://www.recom-electronic.com.

Eplan and Rittal will be taking part!