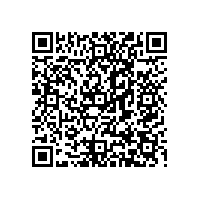 QIAGEN N.V. (Nasdaq: QGEN; Frankfurt, Prime Standard: QIA) today announced the results of operations for the third quarter and the nine-month period ended September 30, 2008.The reported net sales for the third quarter 2008 and adjusted earnings per share exceeded the guidance provided by the Company on August 5, 2008.

Detailed information on QIAGEN's business and financial performance will be presented in its conference call on November 11, 2008 at 9:30am ET. The corresponding presentation slides will be available for download on QIAGEN's website at www.qiagen.com/goto/ConferenceCall. A webcast of the conference call will be available on the same website at www.qiagen.com/goto/ConferenceCall .

QIAGEN has regularly reported adjusted results to give additional insight into its financial performance as well as considered results on a constant currencies basis. Adjusted results should be considered in addition to the reported results prepared in accordance with generally accepted accounting principles, but should not be considered a substitute. The Company believes certain items should be excluded from adjusted results when they are either outside of our ongoing core operations or can vary significantly from period to period, which affects the comparability of results with the Company's competitors and our own prior periods. Costs and charges excluded from adjusted results include acquisition, integration, and restructuring-related costs, acquisition-related amortization, and equity based compensation in accordance with Statement of Financial Accounting Standards No. 123 (Revised) (SFAS 123R).

"QIAGEN experienced a successful and strong third quarter 2008," said Peer Schatz, QIAGEN's Chief Executive Officer. "We saw significant revenue, operating margin and net income growth which exceeded our guidance. We continued to expand our leadership and strategic position. Our growth is significantly driven by innovation. In the third quarter 2008 alone, we launched 23 new products in the area of sample and assay technologies with now even 5% of sales once again achieved record sales from products launched within the last 12 months."

"We saw strong demand across all of our customer segments and expect this trend to continue. Sales to customers in molecular diagnostics (approximately 45% of our sales) showed a very strong performance during the third quarter with a growth rate of approximately 38% over the comparable quarter 2007," Schatz added. "Growth was experienced across the board for our products in this area - platforms, sample and assay technologies. In terms of assay areas, our genetic, infectious disease and women's health assays showed especially strong performances. Within the women's health assay portfolio, which represents about half of our sales into molecular diagnostics customers, the successful introduction of our novel marketing programs in the areas of channel management, segmentation and messaging had very strong resonance - in particular in HPV testing, where we recorded an organic growth rate of approximately 20%."

"We are also very pleased with the launch of our new QIAsymphony platform, which was launched in June of this year and which has introduced a new dimension of molecular processing power. Our pipeline is very strong for this new, modular, random access and continuous load platform. We are also very excited about our most recent acquisition of an assay detection platform: the Pyrosequencing technology which we added through the acquisition of the BioSystems business from Biotage this October," Peer Schatz continued. "This transaction added a fundamental assay technology for high-resolution sequence detection and quantification of gene variations and we believe it will play a very important role in epigenetics as well as multiplex genetic and pathogen detection. Our molecular 'sample to result' solutions for customers in molecular diagnostics, applied testing, pharma and academic research now span qualitative/endpoint PCR, multiplex technologies, capillary electrophoresis as well as quantitative and high resolution sequence-based analysis and cover a broad range of throughput needs."

"We are very pleased with our financial performance in the third quarter of 2008. Both reported revenues and adjusted earnings per share exceeded our expectations. We experienced a strong adjusted operating margin increase to 29% in the third quarter 2008 which corresponds to a growth rate of 53% year over year reflecting further achievements of cost synergies following the acquisition of Digene," said Roland Sackers, QIAGEN's Chief Financial Officer.

Update on Guidance for Fiscal 2008

QIAGEN acquired BioSystems business from Biotage a publicly listed developer, manufacturer and distributor of products for genetic analysis and medicinal chemistry headquartered in Uppsala, Sweden. The BioSystems unit of Biotage is best known for having pioneered Pyrosequencing®, which has become a fundamental technology in next-generation sequencing. Pyrosequencing is a patented assay technology that in special formats can achieve significantly longer runs and can be employed in a massively parallel design to address the needs for applications such as high volume data generation in whole genome sequencing applications. In its widely used standard format this technology provides the opportunity to read DNA-sequences up to 100 base pairs in real time and at a price per read in the single dollar range. The technology offers significant value for applications including Epigenetics in research and molecular diagnostics as well as in Multiplex analyses in genetic and pathogen detection.

QIAGEN introduced the first molecular diagnostic test based on Pyrosequencing for the detection of mutations in the K-ras gene which is associated with the development of colon cancer. QIAGEN expects to launch this test as a CE-labeled version for Europe and in the US very shortly.

QIAGEN launched 23 new products in the area of sample & assay technologies including a series of innovative products for analyzing genetic differences and micro RNA (miRNA) analysis. In addition, QIAGEN launched a number of assay technologies including a CE-marked test for the detection and quantification of Malaria (P. falciparum, P. vivax, P. ovale and P. malariae), the next generation of multiplex detection of respiratory viral targets (ResPlex II Panel v 2.0) and a molecular diagnostic assay in the EU to type the HLA-B*5701 allele, a genetic variation in the Human Leucocyte Antigen (HLA) system, causing adverse reactions in AIDS patients.

QIAGEN and the Chinese Academy of Sciences (CAS) announced a collaboration to develop new molecular testing solutions to improve the safety of food products. QIAGEN will equip the joint "CAS/SIBS-QIAGEN Laboratory for Food Safety" with instruments and consumables while CAS will provide the physical space and researchers. Under this collaboration, food safety experts from the INS will use QIAGEN technologies, to develop a wide range of molecular tests for the detection of food-borne pathogens. These QIAplex multiplex assays allow the design of highly sensitive molecular tests for up to 50 different pathogens in one single run.

Certain of the statements contained in this news release may be considered forward-looking statements within the meaning of Section 27A of the U.S. Securities Act of 1933, as amended, and Section 21E of the U.S. Securities Exchange Act of 1934, as amended. To the extent that any of the statements contained herein relating to QIAGEN's products, markets, strategy or operating results are forward-looking, such statements are based on current expectations that involve a number of uncertainties and risks. Such uncertainties and risks include, but are not limited to, risks associated with management of growth and international operations (including the effects of currency fluctuations and risks of dependency on logistics), variability of operating results, the commercial development of the applied testing markets, clinical research markets and proteomics markets, women's health/HPV testing markets, nucleic acid-based molecular diagnostics market, and genetic vaccination and gene therapy markets, changing relationships with customers, suppliers and strategic partners, competition, rapid or unexpected changes in technologies, fluctuations in demand for QIAGEN's products (including fluctuations due to general economic conditions, the level and timing of customers' funding, budgets, and other factors), our ability to obtain regulatory approval of our infectious disease panels, difficulties in successfully adapting QIAGEN's products to integrated solutions and producing such products, the ability of QIAGEN to identify and develop new products and to differentiate its products from competitors' products, market acceptance of QIAGEN's new products and the integration of acquired technologies and businesses. For further information, refer to the discussions in reports that QIAGEN has filed with, or furnished to, the U.S. Securities and Exchange Commission (SEC).

QIAGEN N.V., a Netherlands holding company, is the leading global provider of sample and assay technologies. Sample technologies are used to isolate and process DNA, RNA and proteins from biological samples such as blood or tissue. Assay technologies are used to make such isolated biomolecules visible. QIAGEN has developed and markets more than 500 sample and assay products as well as automated solutions for such consumables. The company provides its products to molecular diagnostics laboratories, academic researchers, pharmaceutical and biotechnology companies, and applied testing customers for purposes such as forensics, animal or food testing and pharmaceutical process control. QIAGEN's assay technologies include one of the broadest panels of molecular diagnostic tests available worldwide. This panel includes the only FDA-approved test for human papillomavirus (HPV), the primary cause of cervical cancer. QIAGEN employs more than 2,900 people in over 30 locations worldwide. Further information about QIAGEN can be found at http://www.qiagen.com/.