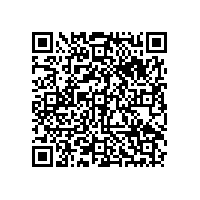 (PresseBox) ( Deerfield, IL, 10.01.12 )
Pregis Corporation ("the Company"), a leading international manufacturer, marketer, and supplier of protective packaging solutions, announced today that Kevin Baudhuin has been appointed President and CEO of the Company, effective January 1, 2012. Mr. Baudhuin replaces Glenn Fischer, who had served as the Company's CEO since February 23, 2011. Mr. Fischer, an operating partner with AEA Investors LP, the Company's principal investor, will continue as a director of the parent company.

Mr. Fischer commented, "Kevin is an experienced leader who has been instrumental in helping Pregis' protective packaging business achieve new milestones during the past four years. In his expanded role, we are confident that he can assist the company in realizing additional growth potential."

In addition, the Company announced today that it has completed the sale of its Kobusch-Sengewald business to an affiliate of Sun European Partners, LLP for €160 million. The Company had previously announced the agreement to sell the business on October 14, 2011.

Mr. Baudhuin commented, "Pregis has strategically realigned its business by divesting itself of certain operating units. This will enable the company to focus on growing its core protective packaging business. Our objective is to provide value-added protective packaging solutions and services that continue to set new industry standards."

The dwarf is now part of the family