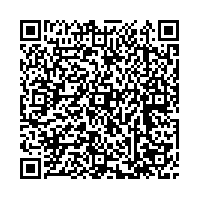 News abonnieren
(PresseBox) ( Cuxhaven, 29.12.11 )
.
- Transfer of 50.1 percent of the shares on 29th December 2011 in return for payments in the first quarter 2012
- Further payments at financial close and upon commissioning of the tenth wind turbine

The wind farm project developer, PNE WIND AG (ISIN: DE000A0JBPG2) is selling its shares in PNE Gode Wind II GmbH, in which the offshore wind farm project "Gode Wind II" is being developed, to HYSSING Vermögensverwaltungsgesellschaft mbH, which is held by the Danish Brancor Capital Partners APS. The agreed purchase price for all shares of PNE Gode Wind II GmbH is based on a valuation of about EUR 317,000 per MW including the already invested development costs. The transfer of 50.1 percent of the shares will take place on 29th December 2011 as condition precedent to a first significant payment on 29th February 2012 and a further instalment becoming due on 25th March 2012. This is to equip Brancor Capital Partners APS with the necessary time to pay the agreed purchase price. The remaining 49.9 percent of the shares is to be transferred on receipt of the second purchase price rate. With financial close the third payment is agreed. As the last payment, the last smaller instalment is to be paid on commissioning of the tenth wind turbine.

The 50.1 percent share transfer will have a positive effect on PNE WIND AG's corporate EBIT in the year 2011 if the purchase prices are paid as planned. In addition, there will be a revaluation of the initially remaining 49.9 percent of the shares within the company due to the IFRS accounting within the corporation, which will have an additional positive effect on the 2011 corporate EBIT. Against this background PNE Wind AG expects to realise a major part of its corporate forecast for the financial years 2011 to 2013 of cumulated EUR 60 to 72 million in 2011 already.

The two contracting parties have agreed that PNE Wind AG shall continue to be involved in the project development. The wind farm is planned to be located in the North Sea, about 38 kilometres offshore of the island of Norderney and has already been approved by the Bundesamt für Seeschifffahrt und Hydrographie (BSH) (German Federal Maritime and Hydrographic Agency). The intention is to construct 84 offshore wind energy plants with a nominal output totalling 252 MW in "Gode Wind II".

"The purchase price is in line with our expectations and, as is usual in offshore transactions, will be paid in several instalments. Due to the condition precedent of the entire contract until payment of the first purchase price instalment, the sale is still in the balance. However, we have great confidence that Kim Brangestrup, the shareholder in Brancor Capital Partners, will acquire the capital for HYSSING Vermögensverwaltungsgesellschaft mbH in time", said Martin Billhardt, Chairman of the Board of PNE WIND AG.

PNE WIND AG has already made considerable advance investments in the offshore wind farm so that its construction can take place quickly. PNE WIND AG received the unconditional agreement for the network connection of this wind farm from the responsible transfer network operator TenneT at the end of June 2011, after its call for tender for the acquisition of the network connection components was concluded. In the meantime, this has been commissioned by TenneT and is under construction.

PNE WIND AG, which is headquartered in Cuxhaven, plans and implements wind farm projects on land (onshore) and at high sea (offshore). Core competencies are in the development, planning, implementation and financing of wind farms, as well as their operation and sales with associated service. So far, the company has installed 97 wind farms with 563 wind power plants and a total capacity of 804 MW.

Besides business activities in the established German domestic market, PNE WIND AG is increasingly expanding into dynamic growth markets and is already represented through joint ventures and subsidiaries in Hungary, Bulgaria, Romania, Turkey, United Kingdom, USA and Canada. In these countries, wind farm projects with a capacity of up to 3,725 MW are currently being implemented for the medium term. In Germany (onshore) wind farm projects with a nominal capacity of more than 1,100 MW are currently in progress.