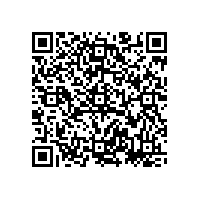 Patrick Lo, Chairman and Chief Executive Officer of NETGEAR commented, "NETGEAR's financial results for the third quarter of 2012 are a reflection of the current difficult economic climate. The uncertainty in the European and Australian markets has affected consumer, small business, and service provider sales for the quarter."

"Our Retail Business Unit revenue for the quarter ended September 30, 2012 was up 9% quarter-on-quarter, driven by back-to-school seasonal demand and market share gains in North America. On a year-over-year basis, Retail was down 3% as a result of the challenging European market. Commercial was down 2% on a sequential basis and down 13% year-over-year. This reflects the tightened spending of European and Australian businesses facing widespread 11% quarter-over-quarter as service providers reduced their purchases in Q3."

Christine Gorjanc, Chief Financial Officer of NETGEAR, said, "Despite the current challenges we are facing in Europe and Australia, we are continuing our increased investment in research and development. This increased investment positions us for the long term success we believe we can achieve in all geographies, especially when the economic environment improves. We expect that the continuous flow of innovative new products from our R&D team will enable us to gain market share worldwide now and in the future. However, facing the current weakened market demand in Europe, we are shifting our sales and marketing resources to the emerging markets where we believe there is growth to achieve and market share to be gained. We will continue to spend wisely and streamline our operations to achieve more efficiency. As always, we are very focused on managing expenses, inventory levels, and cash."

Mr. Lo added, "Looking forward, we expect to continue to face a challenging economic climate in Europe. We are also seeing a further reduction in capital expenditures budget for broadband gateways in Q4 among our service provider customers in Europe and Australia. Despite the difficult market situation, we continue to innovate and expect to release approximately 25 new products in Q4, setting us up for growth in 2013. Specifically, for the fourth quarter of 2012, we expect net revenue to be in the range of approximately $300 million to $315 million, with non-GAAP operating margin to be in the range of 11% to 12%."

NETGEAR (NASDAQGM: NTGR) is a global networking company that delivers innovative products to consumers, businesses and service providers. For consumers, the company makes high performance, dependable and easy to use home networking, storage and digital media products to connect people with the Internet and their content and devices. For businesses, NETGEAR provides networking, storage and security solutions without the cost and complexity of Big IT. The company also supplies top service providers with retail proven, whole home solutions for their customers. NETGEAR products are built on a variety of proven technologies such as wireless, Ethernet and powerline, with a focus on reliability and ease-of-use. NETGEAR products are sold in approximately 32,000 retail locations around the globe, and through approximately 40,000 value-added resellers. The company's headquarters are in San Jose, Calif., with additional offices in over 25 countries. NETGEAR is an ENERGY STAR partner. More information is available at http://investor.netgear.com or by calling (408) 907-8000. Connect with NETGEAR at http://twitter.com/NETGEAR and http://www.facebook.com/....