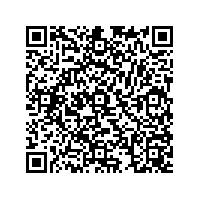 Stephen Dunford has a long track record of building value within telecoms software and services businesses. Most recently he was CEO at Spectrum Motion Media. He has previously held CEO, Chairman and Board Member roles for X-Cell Communications, Elata Ltd, Celltick Technologies, WDS Global and mobile messaging specialist Alamein.

Erik Hansen, Chairman of Myriad Group AG, commented: "We are delighted to welcome Stephen as CEO of Myriad. Stephen's track record of success has been achieved through his strong focus on customer satisfaction, product innovation, and team building - attributes that will be key to Myriad's future success."

Myriad Group also announced today that it has continued to consolidate its operations to drive greater efficiency and innovation around its two divisions: Device Solutions and Mobile Services.

The Device Solutions Division develops and delivers technology for Mobile Devices and Set Top Boxes on an OEM basis to manufacturers, and the Mobile Services Division develops social messaging products and services for Operators to broaden their services to end-users.

Ed Zylka, previously VP and GM Americas for Myriad Group, will take on the role of SVP and General Manager, Device Solutions Division, reporting directly to Stephen Dunford. Gary Bunney, Chief Operations Officer, has resigned to pursue other interests. Other members of the current senior management team will undertake his duties.

Erik Hansen commented: "On behalf of the Board of Directors and the entire Senior Management team, I would like to thank Gary for his commitment and contribution to the company. We wish him every success in his new business ventures".

Curriculum Vitae of Stephen Dunford
Born/Nationality 1957, British citizen
Stephen has a long track record of building value within telecommunications software and services businesses. Most recently he was CEO of Spectrum Motion Media. He serves on the board of Pythagoras Communications, a leading CRM vendor.

He previously held Chairman and CEO roles at X-cell Communications which he founded and later sold to Nortel Networks. He was CEO of Elata, leaders in mobile content management, which he sold to Qualcomm. As CEO of Celltick Technologies he transformed the business from a licensed based technology company into a mobile marketing managed service business.

Stephen has also worked as a strategic advisor to WDS Global, a mobile device management company, which was recently sold to Xerox Corporation. He founded Alamein, a mobile field force application developer.

Curriculum Vitae of Ed Zylka
Born/Nationality 1959, US citizen
Ed Zylka is an executive with over 25 years senior management experience in sales, marketing and operations in various technology companies. Since January 2011 Ed has held the post of Vice President & General Manager, Americas for Myriad Group.

Prior to joining Myriad, Ed was Founder and CEO of TV Compass Inc, and before this he held senior management posts at Motorola Mobility, Aerocast Inc. and Zenith Electronics Corporation. During his tenure with Motorola Mobility, he directed the mobile software strategy and development for mass market handsets, delivering advanced contacts, calendar and email apps shipped to over 300M phones globally.

Ed has a Bachelor of Science degree (Hons.) in Electrical Engineering from State University of New York College, Buffalo.

Myriad is chosen by leading OEMs and network service providers to power rich mobile social and web experiences - from the most basic to the smartest connected device through a single, scalable platform.

Today, over 2.5 billion mobile users rely on Myriad software. Myriad apps often provide users with their first taste of the Internet, and with our proven technology embedded in every Android device we are on target to help our partners power the next billion users.