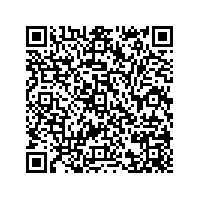 News abonnieren
(PresseBox) ( Baar, 09.11.12 )
Manas Petroleum Corp. ("Manas"or the "Company") (TSX-V: MNP; OTCBB: MNAP) is pleased to announce the results of its Annual General Meeting of Stockholders held November 8, 2012 in Thalwil, Switzerland, which was attended, in person or by proxy, by shareholders holding 105,536,504 shares, or approximately 61% of the shares entitled to vote at the meeting.


Shareholders re-elected incumbent directors, Heinz J. Scholz, Michael J. Velletta, Richard Schenz, and Werner Ladwein to the Board of Directors. New directors Darcy Spady and Murray Rogers were also elected to the Board. The Board's recommendation of BDO AG as the Company's independent registered public accounting firm was ratified, and the Company's 2011 stock option plan was adopted with shareholder approval. Amendments to Manas' articles of incorporation to change the company's name to MNP Petroleum Corporation and to increase the company's authorized share capital from 300,000,000 common shares to 600,000,000 common shares as recommended by the Board, was also approved by the shareholders.

Manas Petroleum is an international oil and gas company with primary focus on exploration and development in South-Eastern Europe, Central Asia and Mongolia. In Albania, Manas participates in a 1.7 million acre exploration project through its equity interest in Petromanas Energy Inc., a Canadian public company. In Kyrgyz Republic, Manas has signed a US$54 million farm-out agreement with Santos International, a subsidiary of one of Australia's largest oil and gas companies. In addition to the development of its Kyrgyz Republic project, Manas participates in an oil and gas exploration project in neighboring Tajikistan through its subsidiary Somon Oil; Santos has exercised its option to farm in. In Mongolia, Manas owns 74% working interest in two Production Sharing Contracts covering Blocks XIII and XIV through its wholly-owned subsidiary Gobi Energy Partners GmbH.