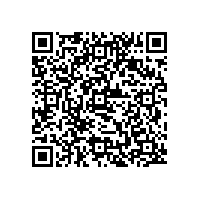 Rhiannon: Curse of the Four Branches

Now Available at Retail Stores Across the United Kingdom

(PresseBox) ( Haarlem, The Netherlands, 10.11.08 )
At long last, Rhiannon: Curse of the Four Branches - the highly anticipated Mythological Adventure game for Windows® - is now available at retail stores across the United Kingdom. Published by leading video publisher Lighthouse Interactive and developer Arberth Studios, Rhiannon: Curse of the Four Branches has garnered rave reviews from top Adventure game sites. The story is based on the gripping tales of the Mabinogion, a collection of eleven prose stories from medieval Welsh manuscripts. The game is deep rooted in Celtic mythology and follows the present day haunting of a lonely teenage girl named Rhiannon, as she unwillingly enters a world filled with supernatural phenomena, magic, and legend. Rhiannon: Curse of the Four Branches is a must-have Adventure game for this holiday season.

Rhiannon: Curse of the Four Branches is set on the Celtic fringes of Britain; a place where myth and magic spill into reality, threatening the sanity of a teenage girl named Rhiannon Sullivan. An ancient battle for revenge engulfs Ty Pryderi, the remote Welsh farmstead Rhiannon now calls home. She begins to hear unexplained noises, see disturbing visions, and experience other chilling paranormal phenomena. There is an ancient evil lurking in the walls of Ty Pryderi that holds a terrible connection to a timeless struggle between man and magic fabled in the Mabinogion Legends. Her parents take Rhiannon away, leaving Ty Pryderi to your watch and exploration, but their absence can only postpone the inevitability of revenge and death. Unless you can stop it!

- Set in present day, the plot draws from ancient Welsh myths and legends
- Explore the haunted Welsh farmstead, from the imposing house, to its extensive grounds and buildings
- First-person, point-and-click with approximately 20 to 30 hours of largely non-linear gameplay
- Involved, multi-threaded plot
- Features classic themes such as: magic, paranormal phenomena and technology
- Interact with a comprehensive inventory of nearly 200 items
- 1024x768 full-screen graphics
- Engaging and unusual challenges, mostly plot and inventory-driven
- A haunting musical score will send chills up your spine
- Solid chapter structure to the compelling and ultimately uplifting story

For more information on Rhiannon: Curse of the Four Branches, visit the official website at www.arberthstudios.com and www.lighthouse-interactive.com to keep up with the latest breaking news.

About Arberth Studios
Arberth Studios is an independent computer games developer based in rural West Wales on the Celtic fringe of Britain. The company specializes in the point-and-click adventure genre, a genre enjoying a strong surge of renewed popularity. With Rhiannon: Curse of the Four Branches due for release in 2008, Arberth Studios already has additional titles on the drawing board.
www.ArberthStudios.com

About SilverBirch Inc.
Toronto-based SilverBirch Inc. (SVB:TSXV) is a leading digital company operating in the fastest growing sectors of the video game and mobile markets. The company's video game operations include: SilverBirch Studios, a mobile and handheld video game developer; Lighthouse Interactive, publisher of interactive entertainment based in the Netherlands; and a co-venture with G4Box Inc. who operates licensed English language online multiplayer games. In its mobile division it provides mobile marketing services through Jambo Mobile Solutions and mobile content by way of an investment in CrossRoad Mobile. For more information, please visit www.silverbirchstudios.com.