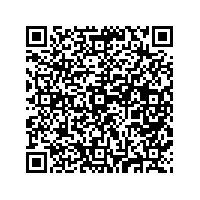 News abonnieren
(PresseBox) ( Toronto, Canada, 23.10.08 )
Today, leading video game publisher Lighthouse Interactive and social platform for gamers Raptr Inc., announced a new partnership that will connect fans of Lighthouse Interactive's games from across the world via Raptr by bundling Raptr within their games.

Founded by Xfire co-founder and world champion gamer Dennis Fong, Raptr is the first service that automatically lets you know when your friends are playing games across multiple platforms in real-time. Raptr is the only service to support thousands of games across those multiple platforms including: PC, Mac, Xbox Live, Facebook, Flash, and even a selection of games on the Wii and PS3. It is the first and only service to create a unique recommendation engine based on the games you and your friends actually own and play, and allows users to customize their profile with themed backgrounds from their favorite game.

Lighthouse Interactive's fantasy-based MMORTS Dawn of Fantasy (PC) and real-time strategy game East India Company (PC) are among the titles that will come bundled with the Raptr application. Both of these high caliber games for Windows® will be releasing in Q1 2009. Lighthouse Interactive has published over 30 games worldwide since the company was formed in 2005.

"Our commitment to providing an array of quality products, which cater to each segment of the market, also has us focused on seeking out new opportunities that will enhance the gaming experience," said Steve Wall, V.P. Business Development at Lighthouse Interactive. "By partnering with Raptr, we are able to connect our fans worldwide via Raptr's far reaching and innovative network. We believe gamers will fully embrace and appreciate this platform."

"We are excited about being bundled with the great games that Lighthouse Interactive is preparing to release," said Dennis Fong, CEO of Raptr. "By having Raptr as part of the install flow for the games, players are able to capitalize on the variety of features such as tracking real-time play and achievements as well as the inherent social interaction that Raptr has built."

For more information on Dawn of Fantasy and East India Company, bookmark and visit: www.lighthouse-interactive.com. To learn more about the Raptr social networking platform for gamers, visit: www.raptr.com.


About Raptr
Raptr is the social platform for people who like to play and discover games and is available for free at http://raptr.com. Our goal is to make playing games more fun and social by letting you:
- Know when your friends are playing
- Share your achievements automatically
- Discover new games you might like
- Update your games automatically
- Display your gaming identities in one place
Raptr is the first service to automatically let you know when your friends are playing games in real-time across multiple platforms and the first service to automatically allow you to share your gaming activity with your friends on Raptr and other popular social media sites like Facebook and Twitter. Raptr was founded in 2007 by Xfire co-founder and world champion gamer Dennis Fong. The company is made up of people who love to play games and has raised over $12 million dollars in funding from investors that include Accel Partners and The Founders Fund. For more information, please go to http://raptr.com.

About SilverBirch Inc.
Toronto-based SilverBirch Inc. (SVB:TSXV) is a leading digital company operating in the fastest growing sectors of the video game and mobile markets. The company's video game operations include: SilverBirch Studios, a mobile and handheld video game developer; Lighthouse Interactive, publisher of interactive entertainment based in the Netherlands; and a co-venture with G4Box Inc. who operates licensed English language online multiplayer games. In its mobile division it provides mobile marketing services through Jambo Mobile Solutions and mobile content by way of an investment in CrossRoad Mobile. For more information, please visit www.silverbirchstudios.com

Lighthouse Interactive, a division of SilverBirch Inc. (SVB:TSXV), is a fast growing publisher of interactive entertainment with offices established in Toronto and Montreal, Canada, Haarlem, The Netherlands and London, England. The company is focused on bringing strong titles to the worldwide market in a wide array of genres including: RPG, Simulation, Adventure, Action and Strategy. Staffed with industry veterans, Lighthouse is the right choice for developers looking to bring their products to a worldwide audience.
www.lighthouse-interactive.com