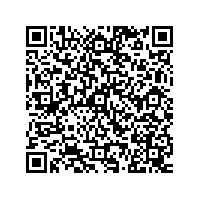 The game will be available online at the Lighthouse Shop as of today. The UK, Scandinavian and direct download release has been set for 5th December, with German and French releases planned for Q1-2009.

The events of Steel Fury: Kharkov 1942 are based on a little-known Russian offensive that occurred during May 1942, in which a German counterattack had three Soviet armies surrounded, forcing them to fight their way out of the Barvenkovskiy Kotel 'meat grinder'. Accompanying this press release are six never-before-seen screenshots. Download them at: www.lighthouse-interactive.com Lighthouse Interactive is part of SilverBirch Inc.'s (SVB:TSXV) video game division.

GAME SUMMARY
Steel Fury: Kharkov 1942 is based on real-life events that took place from May 12 to 28, 1942, which engaged the Red Army in the fight of their lives. During a vicious German counterattack that began on May 17, 1942, three Soviet Armies were surrounded and were forced to fight in what has become known as the "meat grinder." Through the monstrous roar of tanks and military vehicles, and the blaring sounds of war, players will experience bitterness at the loss of their comrades during battle and elation when they are victorious.

FEATURES
- Historical Authenticity: Missions are based on true historical events recreated from archives and photo references, including the interiors and exteriors of vehicles and tactical markings. The player has access to vast battlefields without obstructions from impenetrable forests or other obstacles, allowing them to choose any path available to achieve victory!
- Fear and Fury Filled Missions: Throughout 30 playable missions in three unique single-player campaigns, experience large scale battles with numerous active vehicles.
- Vehicles: Interact with and command all units involved in the advance against the enemy, including: more than 40 different realistically modelled vehicles, with three playable tanks: T-34/76 mod. 1941, Mk.II 'Matilda' III, and the Pz. IV Ausf. F2.
- Take Full Control: In first and third person views, assume crew positions for Commander, Gunner, Loader, Driver, and Hull Gunner.
- Realistic Game Physics: The advanced game engine allows for precise calculation of ballistics and collisions models. Objects can be destroyed and the terrain is deformable. Both player and AI controlled vehicles are subject to realistic physics.
- Realistic Environments: The game engine supports dynamic lighting, featuring night-time missions and different weather conditions. The engine's particle system allows for realistic smoke and water effects, as well as debris from explosions.
- Damage Model: Everything in the path of a tank-round can be destroyed. Vehicles can damage buildings and knock down trees. Due to the advanced game engine, impacting shells create craters and trenches take damage when tanks run over them, deforming the terrain.
- Difficulty Levels: Players can adjust the level of complexity the game offers. Missions gradually raise the difficulty level by introducing more vehicles, troops, and harder to achieve mission goals. Thanks to training missions, the player can easily learn how to control their tank and supporting AI troops from all crew positions.
- Editors and Utilities: Players have the ability to create custom missions and make modifications. Easy-to-use editors make it possible to add new vehicles and weapons to the game.

For more information on Steel Fury: Kharkov 1942, visit the official website at www.steelfury.info and www.lighthouse-interactive.com to keep up with the latest breaking news.

About Discus Games
Discus Games is a Russian company engaged in the development, publishing and distribution of multimedia products and games. Discus Games is also involved in production and localization projects for the domestic market. The company has been in this market since 2000, forming strong relationships with other reputable Russian companies and partnering with companies across Europe, North America and South America. www.dgames.ru

About Lighthouse Interactive Lighthouse Interactive, a division of SilverBirch Inc. (SVB:TSXV) is a fast growing publisher of interactive entertainment with offices established in Toronto and Montreal, Canada, Haarlem, The Netherlands and London, England. The company is focused on bringing strong titles to the worldwide market in a wide array of genres including: RPG, Simulation, Adventure, Action and Strategy. Staffed with industry veterans, Lighthouse is the right choice for developers looking to bring their products to a worldwide audience.