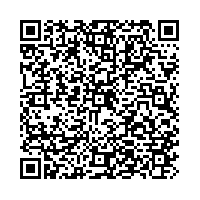 "Medical Robotics Challenge": The finalists of the 2020 KUKA Innovation Award

News abonnieren
(PresseBox) ( Augsburg, 26.02.20 )
Research teams from around the world applied for the KUKA “Medical Robotics Challenge”. An independent international jury selected the five best teams. These teams will implement their concepts using the LBR Med medical robot and present them at the MEDICA medical technology trade fair.

This year, the KUKA Innovation Award’s international jury of experts received a total of more than 40 ideas - a new record. “This shows us that we have struck a chord with our ‘Medical Robotics Challenge’ topic. Medical robotics are continuously gaining in im-portance,” says Dr. Rainer Bischoff, Vice President Corporate Research at KUKA.

The five finalist teams now have until the MEDICA medical technology trade fair in November to implement their ideas. A KUKA LBR Med lightweight robot – the first robotic component to be certified for integration into a medical device – has been made available to them for this purpose. Beyond this, the teams are coached by KUKA experts who support them throughout the competition.

The finalists present their concepts to an international specialist audience at the largest medical technology trade fair, and the jury crowns the winner of the 20,000 EUR KUKA Innovation Award.

The award is being presented for the seventh time. The aim is to accelerate innovation in the field of robot-based automation and to reinforce technology transfer from research into industry. The award is aimed at developers, graduates and research teams from companies or universities.

These are the finalist teams of the KUKA Innovation Award 2020:

During laser hair removal, a highly concentrated light enters the hair follicle. There, the laser light is then absorbed by the pigment at the hair root and generates heat. This damages the hair follicle and thus inhibits future hair growth. Team SAHARRA is developing a robot application to improve the precision and speed of the treatment. To achieve this, a navigation system determines the exact areas to be treated in conjunction with an LBR Med. In this way unnecessary double treatments can be avoided.

Needles are important instruments for carrying out minimally invasive treatments such as biopsies. There is a long history of investigating image-assisted processes and robotics in order to provide support during precise needle positioning. Up to now, this has mostly involved aligning the needle with the target using the robot. The doctor then has the task of moving the needle into the target area. This task is made more difficult through deformations in soft tissue as well as through a bending of the needle upon insertion. Team CONEEBOT’s goal is to develop a smart needle that recognizes its environment, to connect it to the robot and thus to help doctors in the correct positioning of the needle.

Focused ultrasound surgery (FUS) is a non-invasive therapy method that has the potential to radically change cancer treatment. The therapy can be carried out as outpatient treatment as well as without incisions so that no scarring occurs. However, this method also has limited flexibility and can only be performed through medical imaging. By enhancing this therapy with an LBR Med, it is possible to achieve greater flexibility.

Examinations of the eye can often only be carried out by ophthalmologists. One promising technology here is optical coherence tomography (OCT). Although this scanning method is considered standard technology for eye diseases, such as glaucoma or diabetic retinopathy, it must be operated by highly qualified specialists. In order to make this technology more accessible, robot technology will be used to automate and better align the tomograph as well as to simplify operator control.

There are many patients with hip problems, including young people. The traditional treatment method for hip dysplasia – an insufficiently formed acetabulum – is periacetabular osteotomy (PAO). This unwieldy name refers to a procedure in which the hip socket is cut out and repositioned through several incisions. This can lead to damage of nerves or blood vessels. The team from China is developing a robot system that can reposition the hip socket in a targeted manner with fewer incisions thanks to a special saw. This can increase the precision of the operating method and thus lower the risk of surgical trauma.