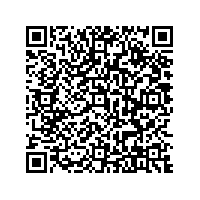 A lead role in future, too

(PresseBox) ( Neckarsulm, 18.04.17 )
The significance of the Chinese market for the international auto industry is indisputable. Over the past decades, the nation has not only written an unparalleled success story in the development of individual mobility for its population but meanwhile virtually all the international auto manufactures are present on this motor vehicle market, which is the world's biggest and has developed a momentum barely foreseeable a good decade ago. And joining these international players is a growing number of domestic auto brands.

Meantime, China's rapid development in the auto sector is moving on and inexorably turning to new forms of energy. According to SAE, China will have a market share of 50 percent in electric vehicles and plug-in hybrids by 2030. By 2020, the number of new-energy vehicles is expected to rise to 5 million and include plug-in hybrids, electric and fuel-cell vehicles. The most recent study published by China's Society of Automotive Engineers is thus formulating ambitious goals for the Middle Kingdom.

"It's evident that now and in future, the Chinese auto market is and will be playing an extremely important role in the spread of electromobility even beyond its national borders," says Horst Binnig, CEO of German auto-industry supplier Rheinmetall Automotive on the occasion of Auto Shanghai beginning on April 21. For over twenty years now, this company has been present on the Chinese market, where 5,000 employees generate sales of just under a billion euros. Rheinmetall Automotive, too, identifies clear signs that the Chinese market is steadily migrating towards new forms of energy.

The product range of this globally present supplier extends from electrified components for hybrid drives, such as variable auxiliary components or pumps, via parts for lightweight applications to products for all-electric propulsion. Even now, these include battery trays for electric vehicles or special housings for the complete electric motor which, in future, will be manufactured locally for the Chinese market by Rheinmetall Automotive.

Binnig goes on to say, "The world of automotive technology is watching China. And it will do so even more attentively in future, since many important parameters are suggesting that the world's biggest auto market will again play a lead role when it comes to electromobility."

It is a fact that the Chinese authorities are currently rigorously enforcing new emission standards patterned after the European model, such as right now in Beijing and Shanghai. Added to this is the requirement for a constant reduction in Corporate Average Fuel Consumption (CAFC) which has dropped from 6.7 liters/100 km in 2016 to 5 liters by 2020 and as little as 4 liters by 2025. This will almost inevitably call for a mixture of innovative drive systems.

Alternative drive systems is another area in which the Chinese government is providing support in many different ways. This is shown by the "supercredits" currently being debated and applying to energy-efficient vehicles with a consumption of under 2.8 liters/100 km and to new-energy vehicles (NEVs). The threshold to be obtained will probably start for NEVs at 5 percent as from 2018, climbing to 12 in the following two years.

In addition, China is massively promoting the purchase of electric vehicles at national, regional and municipal levels. Such incentives apply not only to the price of a vehicle, or the purchase and motor vehicle taxes, they also concern the even more coveted vehicle registration, especially in the megacities. Added to this are the incentives when recharging the vehicles. Here, too, the capital Beijing is a front-runner, since even now it no longer promotes plug-in hybrids (PHV) but is focusing on all-electric vehicles (EV).

The measures undertaken by the state are also impacting on the motor vehicle industry itself. Those OEMs contemplating a new base in China will, according to a resolution by the State Council of last October, find it difficult to obtain approval if their production line-up fails to include electric vehicles. Meanwhile, eleven Chinese companies have already obtained a license to build such vehicles.

Horst Binnig: "The Chinese government's extensive action package when combined with such new options as "shared mobility" or new vehicle-utilization arrangements, will help propel the Chinese market for electric vehicles and consolidate China's pioneering role as the world's most important auto market." Of this the Rheinmetall Automotive CEO is convinced, adding: "And what is happening tomorrow in China will, the day after at the very latest, have also implications for all the international markets of our industry."

Plug-and-play for the world of agriculture