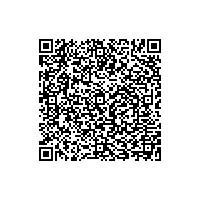 The IMA910 study recruited 92 patients with advanced/metastatic CRC who had shown no progression following 12 weeks of first line oxaliplatin-based chemotherapy and who had decided to take a so called 'drug holiday' from their chemotherapy regimen. Patients received one single infusion of cyclophosphamide (CY) as immunomodulator prior to the first vaccination with the multi-peptide vaccine IMA910. They were treated with IMA910 plus GM-CSF and with or without an additional immunomodulator imiquimod. All patients received up to 16 vaccinations with IMA910 over a period of 9 months. The trial was conducted at 51 centers in 9 European countries.

The study measured overall survival, disease control rate, T-cell responses to IMA910, the effect of imiquimod on immune response, the association of immune response with clinical benefit, and safety and tolerability.

The data from the study confirmed that IMA910 is able to stimulate relevant immune responses against the tumor-associated peptides (TUMAPS) in IMA910 in the majority of patients vaccinated. Intriguingly, when looking at the clinical outcome of patients who had detectable T cell responses against two or more of the tumor-derived peptides (TUMAPs) contained in IMA910, a consistently better clinical outcome (disease control, progression-free survival and overall survival) was observed compared to those who did not have a detectable multi-T-cell response. Moreover patients who mounted both CD8+ and CD4+ multi-T-cell responses did not reach the median survival after more than 28 months of follow-up compared to a 16 months median survival time in those who did not (HR 0.53; p=0.088).

In addition, the data presented show that IMA910 is very well tolerated with injectionsite reactions being the most frequent side effect seen.

Carsten Reinhardt, Chief Medical Officer of immatics said: "The Phase II trial results with IMA910 in this challenging setting in patients with advanced colorectal carcinoma are very encouraging. The data that we have generated show a clear association between the patient's ability to mount an immune response to the tumor associated peptides (TUMAPS) in IMA910 and overall survival. Since the baseline characteristics of immune responders and non-responders were very similar in terms of risk factors, this strongly suggests a true clinical activity of this novel vaccine".

Paul Higham, CEO of immatics said: "The fact that we have now generated positive Phase II results with our two lead therapeutic vaccines, IMA901 for renal cell carcinoma and IMA910 for colorectal cancer highlights the power of our TUMAP based approach and the ability of our XPRESIDENT(TM) platform to generate further exciting treatment options for a broad range of cancers."

The poster presented at the Gastrointestinal Cancers Symposium of the American Society of Clinical Oncology (ASCO) in San Francisco contains a more detailed analysis of the survival, safety and immune response data generated with IMA910 in this Phase II study. The poster can be downloaded at www.immatics.com.

IMA910 is therapeutic cancer vaccine comprising 13 tumor-associated peptides (TUMAPs) that are frequently found to be over-expressed in the majority of patients suffering from colorectal cancer. These TUMAPs were identified based on the analysis of primary tumor tissue and have been chosen due to their ability to activate cytotoxic T cells and T helper cells against colorectal cancer. As with all immatics' vaccines, IMA910 has been designed to elicit a strong, clinically relevant immune response to a specific tumor type. The TUMAPs were selected from in over 2,000 peptides identified via immatics' unique XPRESIDENT(TM) platform.

immatics biotechnologies is a clinical-stage biopharmaceutical company developing advanced therapeutic vaccines that are active against cancer. immatics' lead product, IMA901, is in a pivotal Phase III study after completing a successful Phase II trial in renal cell carcinoma. immatics' pipeline also includes IMA910, in Phase II for colorectal cancer, and IMA950, which is being developed for glioma in Phase I studies.

immatics' technology platform rapidly generates defined therapeutic cancer vaccines which are based on multiple tumor-associated peptides (TUMAPs) with the ability to specifically stimulate the immune system against cancer cells. These vaccines - comprising multiple peptides confirmed to be naturally presented by real tumor tissue - offer the prospect of greater effectiveness than existing therapeutic approaches combined with fewer side effects. immatics' products are 'drug like' with stable, offthe- shelf formulations and robust easily scalable manufacturing.

immatics is based in Tuebingen and Munich, Germany, and has raised €108 million (US$140 million) in private equity in three financing rounds to date, with the last €54 million completed in September 2010.

"TRUSTS" enables European data markets based on the IDS architecture