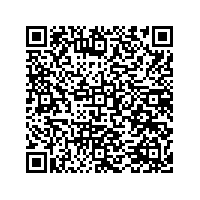 News abonnieren
(PresseBox) ( Tübingen, 12.11.12 )
immatics biotechnologies GmbH, a clinical-stage biopharmaceutical company developing advanced therapeutic vaccines that are active against cancer, today announced the appointment of Peter Chambré as Chairman of the Board with immediate effect. Peter Chambré has had extensive senior management experience in the biopharmaceutical sector and now holds several Chairman positions in the life sciences industry. He will replace Thomas Widmann, who has been Chairman of the Company since 2004.

Peter Chambré was CEO of Cambridge Antibody Technology (CAT), from 2002 until its acquisition by AstraZeneca in 2006. Before joining CAT, Peter Chambré was Chief Operating Officer of Celera Genomics Group and, previously, CEO of Bespak plc, a drug delivery company.

Paul Higham, CEO of immatics, said: "I am delighted to welcome Peter as our new Chairman. We are approaching a crucial period at immatics, and Peter's experience and track record in successfully developing biopharmaceutical companies will be invaluable, as we seek to produce a step-change in the treatment of cancer and maximize returns to our investors."

Peter Chambré said: "immatics' vaccines, based on the Company's highly rational approach to cancer vaccine discovery, have already demonstrated very promising results in clinical trials. With IMA901, immatics' lead multi-peptide based vaccine now in phase 3 development for renal cancer, and a number of other projects in clinical development, this is an extremely exciting company. On behalf of immatics, I would like to express my thanks to Thomas Widmann for his very significant contribution to the development of the Company over the past 8 years. I very much look forward to working with the Board and management, as immatics aims to improve outcomes for cancer patients and create value for all its stakeholders."

immatics biotechnologies is a clinical-stage biopharmaceutical company developing advanced therapeutic vaccines that are active against cancer. immatics' lead product, IMA901, is in a pivotal phase 3 study after completing a successful randomized phase 2 trial in renal cell carcinoma. immatics' pipeline also includes IMA910, which has reported improved overall survival data in patients with advanced colorectal cancer (phase 1/2 study completed), and IMA950, which is in phase 1 in patients with glioma.

immatics' vaccines contain multiple TUMAPs to maximize the chances of clinical success by increasing the number of targets on cancer cells that they address. Phase 2 results with IMA901 and IMA910 have shown significantly better survival in patients who respond to multiple TUMAPs in both of these vaccines.

immatics is based in Tuebingen and Martinsried (Munich), Germany.