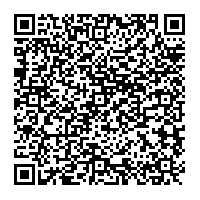 (PresseBox) ( Heidelberg / Tuebingen / Mainz, 20.12.18 )
The prospect of an actively personalized approach to the treatment of glioblastoma has moved a step closer with the recent publication in Nature of favorable data from the phase 1 study GAPVAC-101, testing a novel therapeutic concept tailored to specific characteristics of patients’ individual tumors and immune systems. For the first time, the feasibility of such a highly personalized form of immunotherapy has been exemplified in a multi-center, multi-national clinical setting.

Glioblastoma, an aggressive form of brain tumor with poor prognosis, has a high unmet need and the limited treatments available today have minimal effect on overall survival. To date, patients with glioblastoma have not sufficiently benefited from recent breakthroughs with checkpoint inhibitors – to a great part, because this tumor type is characterized by a low mutational load and thus only few neoantigens are targetable by the immune system.

Fifteen newly diagnosed glioblastoma patients received two therapeutic vaccines in succession; the first being actively personalized vaccine 1 (APVAC1) targeted at non-mutated antigens, followed by APVAC2 preferentially targeted at neo-antigens. Vaccine compositions were personalized for each patient based on analysis of the transcriptome, immunopeptidome and mutanome of the individuals’ tumors and, for APVAC1, also based on the capability of each patient to mount an immune response. Both vaccine types displayed favorable safety and immunogenicity. Non-mutated APVAC1 antigens induced sustained central memory CD8+ T-cell responses, whilst APVAC2 induced T helper cell type 1 (TH1) CD4+ as well as CD8+ T-cell responses against predicted neo-epitopes.

“The ability to exploit the full repertoire of tumor antigens, including non-mutated and neo-antigens, may offer more effective immunotherapies, especially for tumors with low mutational load”, said Prof. Dr. Wolfgang Wick, Chair of the Neurology Clinic at the Heidelberg University Hospital.

He added: “The trial approach combines exceptional science and a rigorous protocol for a disease for which over-simplified strategies have failed in the past. In addition, the insights gained will contribute to future immunotherapy efforts to bridge the precision of genomic medicine and immunotherapy for the benefit of patients. We believe that it provides a blueprint for future trials in personalized medicine.”

Dr. Harpreet Singh, Chief Scientific Officer of Immatics Biotechnologies GmbH and Coordinator of the GAPVAC consortium, said: “We are at a very exciting stage in the evolution of personalized cancer treatments, building on the scientific advances in immuno-oncology and checkpoint inhibitors. The protocol used in GAPVAC-101 is an entirely new, personalized approach to treating cancer that combines the innovative science of all of the consortium members. We are excited that we have been able to achieve such a high degree of treatment personalization due to our ability to perform mass spectrometry, next generation sequencing, mRNA microarray, immune repertoire analysis and drug manufacturing for every patient.”

Prof. Dr. Ugur Sahin, Chief Executive Officer of BioNTech AG and Vice Coordinator of the GAPVAC consortium, noted: “The GAPVAC consortium is one of the first groups in the world that aim to target mutations in glioblastoma to optimize drugs for each individual patient. The high immunogenicity rate of vaccine targets detected in this collaborative study indicates that even tumors with low mutational load such as glioblastomas are amenable for individualized immunotherapy approaches.”

GAPVAC was launched in 2013 being the first clinical trial at that time designed to create, manufacture and develop actively personalized vaccines (APVACs) tailored to the individual characteristics of the patient’s tumor and immune system. It is based on combining latest state-of-the-art technologies, including next-generation sequencing (NGS), high-sensitivity mass spectrometry and innovative immunomonitoring approaches to generate an optimal therapy for the individual patient.

The consortium is supported by a €6 million grant from the European Union Framework 7 (EU FP7) program (number 305061).

Immatics Biotechnologies used its unique antigen discovery engine XPRESIDENT® in collaboration with the University of Geneva, University of Heidelberg and the University of Tuebingen to generate a pre-manufactured warehouse of tumor-associated peptides (TUMAPs) from which the most suitable targets for each patient were selected based on transcriptomic, immunogenic and peptidomic analysis to create the first of two APVACs applied to the patient. For information on Immatics visit www.immatics.com.

BioNTech used its next-generation sequencing (NGS) expertise to identify immunogenic tumor mutations and to generate a blueprint for the personalized vaccine that included patient-specific tumor mutated peptides. Previously, BioNTech has demonstrated that the integrated use of NGS for mutation identification followed by mutation-targeting vaccination is feasible and led to tumor control in pre-clinical models. For information on BioNTech visit www.biontech.de.

The APVAC "on-demand" manufacturing was performed by the GMP Unit, led by Prof. Dr. Stefan Stevanovic, at the Department of Immunology (led by Prof. Dr. Hans-Georg Rammensee), University of Tuebingen. Prof. Hans-Georg Rammensee was among the first to create the vision of fully personalized vaccination back in 2000. The peptide warehouse was manufactured by BCN Peptides in Spain, an enterprise focused on peptide synthesis for clinical use. In addition, nine academic partners from Europe and the US are part of the consortium to apply the APVACs to their patients as well as contributing to the project with their own research. These are: Eberhard Karls University Tuebingen (Germany), University Hospital Geneva (Switzerland), University Hospital Heidelberg (Germany), Herlev Hospital/ Rigshospitalet (Denmark), Leiden University Medical Centre (The Netherlands), University of California San Francisco (US), University Southampton (UK), Technion-Israel Institute of Technology (Israel) and Vall d'Hebron University Hospital (Spain).

The clinical trial is being accompanied by an extensive biomarker program led by the Association of Cancer Immunotherapy (CIMT), a non-profit organization dedicated to the advancement of cancer vaccines, and Immatics to confirm the mechanism-of-action and to identify biomarker signature candidates predicting which patients are most likely to benefit from treatment with APVACs. CIMT also acts as the scientific dissemination platform and contributes to the biomarker program and regulatory approach through its CIP and RRG working parties.