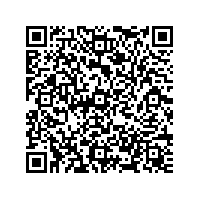 News abonnieren
(PresseBox) ( Amsterdam, 05.11.12 )
Host Color Europe (HCE) - http://www.hostcoloreurope.com - a company owned by the U.S. web hosting provider Host Color (hostcolor.com), has announced a very important upgrade of its network. The company has established direct connectivity to Turkey and now its customers can take advantage of a very short round-trip delay (Ping time) to Istanbul, a city of 14 million residents. The new upstream shortens the average round trip delay for the Turkish Internet users who access websites and servers hosted in HCE network to only 11 ms (milliseconds).

This makes Host Color Europe's data center the best European Union location, anyone would use to deliver content and provide IT Hosting services to Istanbul, Turkey. It is also the geographically closest European Tier 4 data center to Turkey and Middle East.

"We are happy to offer our current and prospective Dedicated server and Colocation customers the shortest possible Internet route to Turkey, a fast growing economy and country with a 73 million population. Now Host Color Europe drives business to anyone who is looking forward to serving customers in a country with huge young, well educated population like Turkey", says Host Color's VP or Operations Martin Andreev.

According to PWC's 2012 - 2016 Global Entertainment and Media Outlook, the Turkish digital market will keep on growing by at least 9.8% to reach $16.1 billion.

A survey by Turk Telekom and Ipsos KMG of the Turkey's internet usage for Q1, 2012 says that 52% (9.9 million) of the 19.1 million Turkish households use computers and 41% of them have a high speed Internet connection. 60.9% of Turkey's Internet users are male, while 39.1% are female.

Host Color Europe (HCE) is among the leaders in the European market of Shared Hosting services since December 2004. The company's core infrastructure in Europe is hosted in a state-of-the-art, Tier 4 facility based out of Sofia, Bulgaria. It also has equipment in Amsterdam, Netherlands.

HostColor.com is a web hosting provider since 2000. It is owned by Host Color LLC, a Wilmington, Delaware, U.S. incorporated company. The company operates a fully-redundant network with 100% uptime SLA guarantee with uplinks to Level 3, Cogent and Internap. The company's core equipment is hosted in a high-class data center located 90 miles from Chicago in South Bend, Indiana. The strategic location and the redundant network operated by the hosting provider ensure the lowest possible latency to any point in North America and Europe. Host Color also provides website hosting services in Europe through its subsidiary Host Color Europe ( http://www.hostcoloreurope.com ).