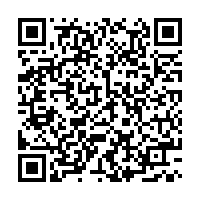 Handheld on Top of the World

(PresseBox) ( Lidköping, Sweden, 14.06.12 )
The Algiz XRW ultra-rugged notebook from Handheld recently passed the ultimate endurance and performance test, serving as the computing and communication tool of choice for the French scientific North Pole 2012 Expedition. The expedition, that reached the geographic North Pole in April, spent three weeks living in tents as they collected scientific data.

The expedition, led by acclaimed French adventurers and scientists Alan Le Tressoler and Julien Cabon, began with two weeks in Spitsbergen, Norway, and reached the North Pole in April. The expedition used Handheld's compact Algiz XRW ultra-rugged notebook for computing and communications requirements during the entire five-week trip, in conditions that tested not only human endurance but also the quality and durability of the equipment.

"The Algiz XRW was really one of the most important pieces of equipment of the expedition, and it exceeded our expectations," said Le Tressoler. "This ultra-rugged mobile computer has been truly terrific and performed flawlessly in even the most extreme conditions."

The team camped at the North Pole for three weeks and collected a range of data on weather, ice-sea drift and plankton. The expedition also included a schooling program through which French schoolchildren followed the exploration remotely.

By connecting the Algiz XRW to a satellite phone, the explorers were able to successfully transmit scientific data, images and texts on a daily basis. Even as they operated in permanent daylight conditions, the team was able to view and interact with the touchscreen display without difficulty. The Algiz XRW rugged computer was also used to store all the data collected during the expedition.

"I would never have thought that a computer could work so well in these harsh conditions. The screen on the Algiz XRW is perfect, even in direct sunlight. The touchscreen did its job perfectly - very important and appreciable when you have three layers of gloves! Nothing at all broke down or malfunctioned," said Le Tressoler.

One key to performance was the long life and performance of the batteries in the Algiz XRW. The explorers stored batteries for all their devices in their sleeping bags to keep them warm overnight, but Le Tressoler said the cold caused most batteries to fail.

"As soon as you use them [most batteries] in extreme cold, you just have a few minutes to use them before they go dead - except for one: the Algiz XRW. I could hardly believe my eyes; these batteries last forever! It was incredible," said Le Tressoler.

Key features of the Algiz XRW

The Handheld Algiz XRW is a fully rugged notebook that is IP65-rated, meaning it is dustproof and highly water resistant. It passes MIL-STD-810G ruggedness testing, including drop tests from 1.2 meters, and can handle extreme temperatures from -20°C to +55°C (in use) and -40°C to 55°C (storage).

The mobile capabilities of the Algiz XRW include Bluetooth, WLAN, GPS and a 3G modem that provides high-speed GSM/UMTS/EVDO data transmission. With Gobi 2000 technology it is possible to work on any choice of wireless frequency anywhere in the world. The 57.7 Wh battery works for eight hours on a single charge. The compact Algiz XRW is one of the most lightweight, rugged notebooks on the market, weighing in at a mere 1.5 kilos (3.3 lbs).

Algiz XRW is, like the rest of Handheld's lineup of rugged PDAs and mobile computers, specifically developed for use in tough environments in industries such as geomatics, logistics, forestry, public transportation, construction, mining, field service, utilities, maintenance, public safety, military and security.

The Handheld Group is a manufacturer of rugged mobile computers and PDAs. Handheld and its partners worldwide deliver complete mobility solutions to businesses in industries such as mining, geomatics, logistics, forestry, public transportation, utilities, construction, maintenance, military, and security. The Handheld Group of Sweden has local offices in Finland, the UK, the Netherlands, Italy, Germany, Switzerland, Australia and the USA. For more information, please see www.handheldgroup.com

Fit for the future!

Acceleration with 20 times the computing power and A100 GPUs

Pressemitteilung Handheld on Top of the World weiterempfehlen