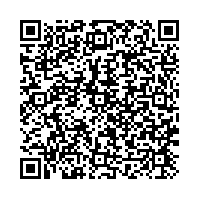 Grammer AG entered the new business year on a positive note despite the still challenging conditions facing the automotive industry. In the first quarter of 2019, the Group improved its revenue as well as its operating earnings. Revenue rose by 17.5 percent to EUR 534.1 million (2018: 454.4). This encouraging performance was chiefly due to the acquisition of the TMD Toledo Molding & Die, Inc., which had been completed successfully in October 2018, together with the strong growth achieved by the Commercial Vehicles Division in all of its core markets. The first quarter of 2019 was influenced by the still challenging conditions in the automotive industry and the related general slump in sales by passenger vehicle OEMs in Europe in particular. Group earnings before interest and taxes (EBIT) climbed by 17.6 percent to EUR 24.0 million (2018: 20.4). At 4.5 percent, the EBIT margin was unchanged over the previous year (2018: 4.5).

In the first three months of 2019, Grammer revenue more than doubled in the United States and Mexico. Revenue in the Americas region increased to EUR 154.9 million (2018: 66.0). The reason for this was the acquisition of the TMD Group together with organic growth as a result of the ramp-up of new projects in the Nafta region. In its domestic EMEA region, Grammer recorded a substantial decline in revenue in the Automotive Division due to the difficult market situation. However, this was almost completely offset by the continued encouraging performance of the Commercial Vehicles Division. Overall, however, EMEA revenue dropped slightly to EUR 307.0 million (2018: 316.2). In APAC, revenue came to EUR 72.2 million, thus remaining on a par with the previous year (2018: 72.2).

Higher revenue in both Divisions

Despite the lower revenue in Europe, the Automotive Division expanded by 20.5 percent to EUR 378.3 million in the first three months of 2019 (2018: 313.9). This substantial increase resulted primarily from the acquisition of the TMD Group, which had been consolidated for the first time in October 2018. EBIT in the Automotive Division also rose, climbing by 26.8 percent to EUR 12.3 million (2018: 9.7 million), yielding a slightly improved EBIT margin of 3.3 percent (2018: 3.1) despite the strain on earnings caused by the muted revenue performance in Europe.

At EUR 32.4 million, the Grammer Group’s capital expenditure was substantially higher in the first quarter of 2019 than in the same quarter of the previous year (2018: 10.0). This increase was primarily due to capital expenditure for the new Grammer Technology Center and the new Group Headquarters in Ursensollen near Amberg, work on which began in 2018. In addition, as of January 1, 2019, rental and lease agreements for new long-term contracts are accounted for as investments in accordance with the accounting provisions of IFRS 16, which are applied for the first time.

Grammer’s Executive Board still expects macroeconomic conditions to remain challenging in 2019 as a whole. In particular, conditions in the European automotive market as well as the impact of a possible Brexit and other geopolitical problems may have an adverse impact on business and earnings of Grammer. A small increase in Group revenue in the Grammer Group’s pre-existing core business and substantial growth as a result of the acquisition of the TMD Group are expected for 2019. Accordingly, the Executive Board expects Group revenue to grow to over EUR 2.1 billion, accompanied by a very positive EBIT well in excess of the figure achieved in 2018.

The Grammer Group’s full interim management statements on the first three months of 2019 are available from the corporate website at the following link:
https://www.grammer.com/en/investor-relations/financial-publications.html

Located in Amberg, Germany, Grammer AG specializes in the development and production of components and systems for automotive interiors as well as suspended driver and passenger seats for onroad and offroad vehicles. In the Automotive Division, we supply headrests, armrests, center console systems, high-quality interior components, operating systems and innovative thermo-plastic solutions to premium automakers and automotive system suppliers. The Commercial Vehicles Division comprises seats for the truck and offroad seat segments (tractors, construction machinery, forklifts) as well as train and bus seats.

With round about 15,000 employees, Grammer operates in 19 countries around the world. Grammer shares are listed in the Prime Standard and traded on the Frankfurt and Munich stock exchanges via the electronic trading system Xetra.