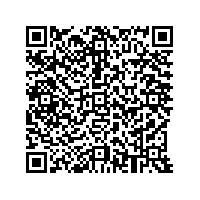 (PresseBox) ( Düsseldorf, 20.11.12 )
German aluminium producers and processors reported slight declines during the period January to September 2012. Almost all areas were affected by this development. The weak general economic situation and the high level of production in the previous year were again the reasons for the downturn. The sector is not expecting any improvement in the final quarter of the year.

Semis production up again in September

The production of aluminium semis in the first three quarters of 2012 totalled 1.861 million tonnes. This represented a decline of 1.7 per cent compared with the corresponding period a year earlier. By contrast, semis production rose again in September, up 1.5 per cent. The companies in this sector produce rolled products, extrusions, wire and forgings. Quantitatively, semis production is the German aluminium industry's most important sector.

During the period January to September 2012, a total of 263,153 tonnes of aluminium was subjected to further processing in Germany. The production volume was thus down 5.7 per cent year-on-year. Further processing is divided into three sectors: foil and thin strip, tube, cans and impact extrusions, and metal powder. While the production of foil and thin strip fell 6.5 per cent, the declines for tube, cans and impact extrusions (down 4.3 per cent) and the production of metal powder (down 4.5 per cent) were lower.

Economic environment and forecast for Q4/2012

"Thus far, the German aluminium industry has successfully withstood competition from elsewhere in Europe," says Andreas Postler, head of economics and statistics at GDA. "It has worked hard in recent years to achieve this and the companies have been able to increase their share of European production significantly in many areas." However, given the weakness of European export markets and continuing uncertainty due to the European debt crisis, companies are becoming increasingly concerned about future economic developments. The export of aluminium and the goods produced from it has already declined significantly. So far, however, traders have been more affected than producers. "Germany urgently requires stronger global economic driving forces, primarily from the emerging countries," explains Andreas Postler. "This is the only way to compensate for the fall in demand in Europe. Although global economic activity is showing the first small signs of growth, there will nevertheless be little dynamic growth in the near future."

"We continue to be cautiously optimistic about the prospects for the German aluminium industry," adds Christian Wellner. "In recent years, companies have become flexible when it comes to production and they are capable of reacting to declines in demand. For the fourth quarter, there is no fundamental improvement in sight but the economic situation in Germany remains positive."