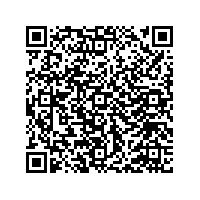 (PresseBox) ( London, 12.03.09 )
The fallout of the financial crisis continues in 2009 and many banks remain in survival mode. With banks implementing stringent cost controls measures, technology spending is also under heavy scrutiny.

The global banking technology market will decline by almost 2% in 2009, according to a new report by independent market analyst Datamonitor. The report 'Impact of Financial Crisis on Technology Spending in Banking', says this will be concentrated in European and North American markets, led by the UK, where banking technology spend will have the greatest fall, declining - almost 7%. Datamonitor expects overall technology growth to remain depressed compared to pre-crisis forecasts up to 2012, removing over $40bn of what would have been IT spending from the banking sector, over next five years.

While the collapse of the banking system appeared to be averted back in October 2008, the drivers behind the crisis around debt manageability, asset prices and confidence in the banking system have not gone away. "With the impacts of the financial crisis now well apparent on the real economy, there is a vicious circle deepening between the banking sector and global economy", says Daniel Mayo Director of Analysis for Datamonitor's Financial Services Technology. "The impacts of government initiatives around the world are unlikely to lead to 'green shoots' until well into 2010 in most markets."

The need to shore up capital base and manage losses means banks will have weak operating income growth in 2009 and this means cost management and cost reduction is the order of the day.

Datamonitor's report finds that while IT budgets are under pressure, requirements are different to the last IT downturn cycle (after dot com crash), where technology was particularly targeted for cost reduction. Indeed for banks post financial crisis, IT intensity is likely to increase; this is the ratio of IT cost to overall operating cost base. Technology spend will reduce, but the need to obtain synergies from recent mergers and drive lower costs/ higher productivity elsewhere will protect budgets to some degree.

Many areas of IT spending will therefore remain resilient. IT spend in the branch will be maintained as banks look to technology to maintain service levels after headcount reduction, with banking operations (e.g. account administration/ loans processing) growing in IT investment focus to support greater efficiency and drive lower cost base. Similarly, technology spend to support risk management and compliance will be maintained, however, banks will be looking to re-use existing systems as far as possible, so immediate technology vendor opportunity will be more subdued than many expect.

"The downward impact of financial crisis on banking technology spend will be significant. This is a major structural shift in banking and banks will need to adjust their operating cost bases accordingly. However, with many aspect opportunities for technology vendors to support this required transformation has increased. Banks are more open than ever to alternative sourcing approaches and internal IT departments will likely bear a significant brunt of IT spend reduction pain. 2009 and indeed 2010 are likely to be tough years for vendors, but medium and long-term opportunities remain significant for those who can adapt."