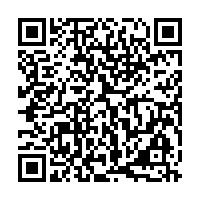 (PresseBox) ( Bundang, Korea, 16.04.14 )
Cortus, a technology leader in cost effective, silicon efficient, 32-bit processor IP, announces that they have opened an office in Korea. They have also transferred Sebastien Ternat, previously a senior engineer in the Montpellier R&D centre, to lead the Cortus Korea activity.

Mr Ternat, a graduate in Microelectronics of Polytech'Montpellier (ISIM), brings extensive technical experience in the development of processor cores, subsystems and software. He joined Cortus in 2005 and has worked on all aspects of the Cortus product offering since then.

"We are very pleased to be opening an office in Korea", says Michael Chapman, CEO and President of Cortus, "This is the second major step in the worldwide expansion of Cortus after opening a Silicon Valley office six months ago". He adds, "Asia represents a major growth area for our company and with existing licensees in Korea, Cortus is investing in providing a high level of local support to ensure customer success".

The Cortus family of APS processors starts with the world's smallest 32-bit core, the APS1, and goes up to the floating point FPS6. All cores interface to Cortus' peripherals including Ethernet 10/100 MAC, USB 2.0 Device and USB 2.0 OTG via the efficient APS bus.

The APS toolchain and IDE (for C and C++) is available to licensees free of charge, and which can be customised and branded for final customer use. Ports of various RTOSs are available such as FreeRTOS, Micrium uC/OSII and uCLinux.

To date over 500 million devices have been manufactured containing Cortus processor cores.