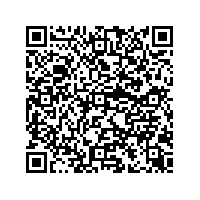 Changes in Management Board and Supervisory Board at COR&FJA AG

News abonnieren
(PresseBox) ( Leinfelden-Echterdingen, 23.04.14 )
At the suggestion of msg systems AG, Ismaning, which holds more than 25 per cent of the voting rights in the company, it is intended that Dr Christian Hofer, the current Chairman of the Board at COR&FJA AG, should be proposed for election as the successor to Prof. Dr Elmar Helten at COR&FJA AG's upcoming Annual General Meeting.

Dr Hofer's tenure as member and Chairman of the Management Board will expire as of the close of business on 30 June 2014. COR&FJA AG's regular Annual General Meeting is likely to be held on 26 June 2014 in the Filderhalle in Leinfelden-Echterdingen.

As the company's future two-man Management Board team, Mr Zielke and Mr Achter will ensure continuity on the Management Board plus a continuation of the positive development of business at COR&FJA AG, which specialises in the development and implementation of standard software as well as the provision of business consulting services for the international life insurance sector and providers of company pension schemes.

The COR&FJA Group is one of the leading software and consulting companies for the European insurance sector, focusing on life insurance companies and providers of company pension funds. Its service spectrum ranges from standard software and the provision of consultancy services to the handling of IT operations (i.e. application service providing).

The COR&FJA Group has its head office in Leinfelden-Echterdingen and offices in Munich, Aachen, Düsseldorf, Hamburg, Cologne and St. Georgen, as well as subsidiaries in the Netherlands, Austria, Switzerland, Slovakia, Slovenia, Poland, the Czech Republic, Portugal and the USA. It currently employs a workforce of nearly 900.