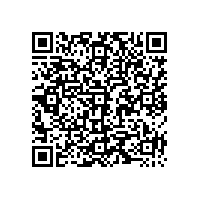 COR&FJA AG generated aggregate turnover of 101.6 million euros in the first nine months of the financial year 2012, an overall increase of 6.1 per cent over the corresponding period last year (30 September 2011: 95.8 million euros). At the same time, this aggregate turnover is the highest turnover for this period since the merger to establish COR&FJA AG in 2009. The largest proportion of turnover was accounted for by the Life Insurance segment, which posted a total of 67.4 million euros (66.3 per cent). Earnings before interest, taxes, depreciation and amortisation (EBITDA) for the first nine months of the year amounted to -1.1 million euros (corresponding period last year: 2.8 million euros). A positive third quarter in 2012, which developed according to plan with EBITDA of 739,000 euros, contributed to this improvement over the first six months of 2012 (-1.9 million euros). Earnings per share as of 30 September 2012 amounted to -0.10 euros (same period last year: -0.09 euros).

Parallel to the economic trend, COR&FJA has launched a programme to reduce its costs. The programme is scheduled to unleash a great deal of its impact from as early as 2013 onwards and thus, in particular, significantly improve our company's costs and revenues situation. Within the scope of this programme, a large proportion of the services that have hitherto been purchased from external IT service providers will be replaced by COR&FJA's in-house capacities. There are also plans to reduce the cost of overheads - in management and sales - as well as in administrative areas.

COR&FJA AG is working on the assumption that the new turnover targets that were announced on 10 August this year, and the correspondingly lower limit of the earnings range, which was also adjusted at that time, namely an EBITDA figure of 3.5 million euros, will be achieved. Factors contributing to this will include several of the company's divisions, in particular the Life Insurance segment which has overshot its targets, but also the scheduled reduction in large-scale investments in the product area and the planned cost-cutting measures. COR&FJA's stable existing customers segment, moreover, regularly generates follow-up orders and can compensate at least partly for the current hesitant state of new business.

The COR&FJA Group is one of the leading software and consulting companies for the European financial services industry, focusing on insurance companies, banks and providers of company pension funds. Its service spectrum ranges from standard software and the provision of consultancy services to the assumption of IT operations (application service providing). The COR&FJA Group, which has its head office in Leinfelden-Echterdingen and offices in Munich, Aachen, Düsseldorf, Frankfurt, Hamburg, Kiel, Cologne and St. Georgen, as well as subsidiaries in the Netherlands, Denmark, Austria, Switzerland, Slovakia, Slovenia, Poland, the Czech Republic, Portugal, Spain and the USA, currently employs nearly 1,200 staff.