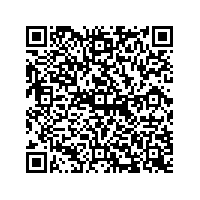 Effective upon completion of the CenturyLink - Level 3 Communications acquisition

(PresseBox) ( Monroe, La., 23.06.17 )
CenturyLink, Inc. (NYSE: CTL) today is announcing the organizational structure and executive leaders who will report to Jeff Storey, recently named president and chief operating officer (COO) of CenturyLink upon the completion of the Level 3 Communications, Inc. (NYSE: LVLT) acquisition. These executive leaders will report to Storey effective at the time of the close of the acquisition, which CenturyLink continues to anticipate will occur by the end of third quarter 2017.


Strategic enterprise, federal government and state government – Edward Morche, who will rejoin Level 3 on July 5, will be president – strategic enterprise, federal government and state government, and will have responsibility for large accounts, federal and state government, and large educational institutions and research networks.
Global accounts management (GAM) and international – Laurinda Pang will be president – GAM and international, and will have responsibility for the company's top global accounts and international teams.
Small and midsize business (SMB), local government and education – Vernon Irvin will be president – SMB, and will be responsible for small and midsize business (customers with 1-500 employees) as well as the local education and government teams.
Wholesale and indirect – Lisa Miller will be president – wholesale, indirect and alliances.
Consumer – Maxine Moreau will be president – consumer, and will be responsible for the company's local market consumer business in 37 states.
Supporting these business units and ongoing integration activities will be the following functional support groups:
Technology, product development and security operations - Aamir Hussain, executive vice president – product development, platforms and infrastructure, will be responsible for IT, testing and integration, architecture, infrastructure, security, as well as overall business enablement.
Transformation and integration – Clay Bailey, senior vice president – transformation and integration, will lead the integration of CenturyLink and Level 3.
North America operations - Richard Batelaan, executive vice president – North America operations, will be responsible for North America service delivery, service assurance, access management, and field operations.
Marketing – Storey plans to name an executive vice president – chief marketing officer at a later date.
"I appreciate Jeff's diligent work on designing and staffing his organization structure. I believe these decisions will position us well to compete in the marketplace and provide outstanding service to our customers," said CenturyLink CEO and President Glen F. Post, III. "I am confident in the future of the combined company and look forward to bringing together the talented teams from CenturyLink and Level 3."


"Our people have made these two great companies what they are today. I'm confident this leadership team will position the combined company for future success in delivering leading communications solutions, a world-class customer experience and profitable growth," Storey said.

Except for the historical and factual information contained herein, the matters set forth in this communication, including statements regarding the expected timing and benefits of the proposed transaction, such as efficiencies, cost savings, enhanced revenues, growth potential, market profile and financial strength, and the competitive ability and position of the combined company, and other statements identified by words such as "will," "estimates," "anticipates," "believes," "expects," "projects," "plans," "intends," "may," "should," "could," "seeks" and similar expressions, are forward-looking statements within the meaning of the "safe harbor" provisions of the Private Securities Litigation Reform Act of 1995.  These forward-looking statements are subject to a number of risks, uncertainties and assumptions, many of which are beyond our control.  These forward-looking statements, and the assumptions upon which they are based, (i) are not guarantees of future results, (ii) are inherently speculative and (iii) are subject to a number of risks and uncertainties. Actual events and results may differ materially from those anticipated, estimated, projected or implied in those statements if one or more of these risks or uncertainties materialize, or if underlying assumptions prove incorrect. Factors that could affect actual results include but are not limited to:  the ability of the parties to timely and successfully receive the required approvals for the combination from regulatory agencies free of conditions materially adverse to the parties; the possibility that the anticipated benefits from the proposed transaction cannot be fully realized or may take longer to realize than expected; the possibility that costs, difficulties or disruptions related to the integration of Level 3's operations with those of CenturyLink will be greater than expected; the ability of the combined company to retain and hire key personnel, including reaching or maintaining mutually acceptable employment arrangements with the executives named above; the effects of competition from a wide variety of competitive providers, including lower demand for CenturyLink's legacy offerings; the effects of new, emerging or competing technologies, including those that could make the combined company's products less desirable or obsolete; the effects of ongoing changes in the regulation of the communications industry, including the outcome of regulatory or judicial proceedings relating to intercarrier compensation, interconnection obligations, access charges, universal service, broadband deployment, data protection and net neutrality; adverse changes in CenturyLink's or the combined company's access to credit markets on favorable terms, whether caused by changes in its financial position, lower debt credit ratings, unstable markets or otherwise; the combined company's ability to effectively adjust to changes in the communications industry, and changes in the composition of its markets and product mix; possible changes in the demand for, or pricing of, the combined company's products and services, including the combined company's ability to effectively respond to increased demand for high-speed broadband service; changes in the operating plans, capital allocation plans or corporate strategies of the combined company, whether based on changes in market conditions, changes in the cash flows or financial position of the combined company, or otherwise; the combined company's ability to successfully maintain the quality and profitability of its existing product and service offerings and to introduce new offerings on a timely and cost-effective basis; the adverse impact on the combined company's business and network from possible equipment failures, service outages, security breaches or similar events impacting its network; the combined company's ability to maintain favorable relations with key business partners, suppliers, vendors, landlords and financial institutions; the ability of the combined company to utilize net operating losses in amounts projected; changes in the future cash requirements of the combined company; and other risk factors and cautionary statements as detailed from time to time in each of CenturyLink's and Level 3's reports filed with the U.S. Securities and Exchange Commission (the "SEC"). Due to these risks and uncertainties, there can be no assurance that the proposed combination or any other transaction described above will in fact be completed in the manner described or at all.  You should be aware that new factors may emerge from time to time and it is not possible for us to identify all such factors nor can we predict the impact of each such factor on the proposed combination or the combined company.  You should not place undue reliance on these forward‑looking statements, which speak only as of the date of this communication.  Unless legally required, CenturyLink and Level 3 undertake no obligation and each expressly disclaim any such obligation, to update publicly any forward-looking statements, whether as a result of new information, future events, changed events or otherwise.