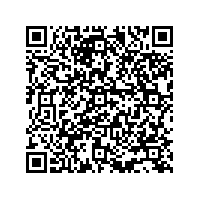 CECONOMY successfully concludes the personnel changes in the Management Board

News abonnieren
(PresseBox) ( Düsseldorf, 31.01.19 )
Jörn Werner to serve as the company’s CEO as of 1 March 2019, Karin Sonnenmoser to assume the position of CFO at the same time
Interim member of the Management Board Dr. Bernhard Düttmann to serve as a member of the Supervisory Board of CECONOMY AG again from 1 April 2019 at the latest
Jürgen Fitschen, Chairman of the Supervisory Board: “Jörn Werner and Karin Sonnenmoser will make a significant contribution to the digital transformation and cultural change at CECONOMY and further accelerate these processes.”


The Supervisory Board of CECONOMY AG (“CECONOMY”) has unanimously agreed to fill the vacancies for the positions of CEO and CFO.

At its meeting today, the company’s Supervisory Board appointed Jörn Werner as CEO with effect from 1 March 2019. The 57-year-old headed the A.T.U Auto-Teile-Unger Handels GmbH & Co. KG workshop chain from 2015 to 2018, before being named Chairman of its Supervisory Board in May of last year. Before that, he was responsible for the strategic realignment of the electronics retail chain Conrad Electronic SE as its CEO. Werner is a proven expert on the digital transformation of business models and international growth strategies and has expertise in both the complex branch business and multi-channel retail.

Karin Sonnenmoser (49) was also newly appointed to the Management Board as CFO. Most recently, she was responsible for Finance and Procurement at the listed Austrian lighting manufacturer Zumtobel Group AG. She began her career with the VW Group, where she was, among other positions, Managing Director of Finance and Controlling at VW Sachsen GmbH, including the Gläserne Manufaktur in Dresden. Sonnenmoser will also be joining CECONOMY on 1 March 2019.

With these two appointments, CECONOMY has successfully concluded the comprehensive realignment of its Management Board.

Werner succeeds Pieter Haas, who left the company in October 2018. Sonnenmoser succeeds Mark Frese, who retired at the turn of the year. As soon as Dr. Bernhard Düttmann has returned to the Supervisory Board – on 1 April 2019 at the latest – the Management Board of CECONOMY AG will consist of Jörn Werner (CEO), Karin Sonnenmoser (CFO) and Dr. Dieter Haag Molkenteller (CLCO). The operating business of the main CECONOMY subsidiary Media-Saturn-Holding GmbH will continue to be managed by Ferran Reverter, CEO, even after the reorganisation of the Management Board.

“We are very pleased that we were able to fill both the position of CEO and CFO so competently within such a short time,” explained Jürgen Fitschen, Chairman of the company’s Supervisory Board. “With Jörn Werner, we have gained a highly renowned and experienced manager with extensive expertise in the industry. At the same time, he has repeatedly proven that he can successfully transform business models and create sustainable growth even in challenging situations. His strategic vision, his firm will to drive things forward and his consistent team orientation represent a great advantage for CECONOMY. At the same time, with Karin Sonnenmoser, we are bringing an experienced manager on board who has already worked in various functions in different departments such as finance, IT and controlling and who is known for her outstanding work.”

“I am convinced that both will make a significant contribution to advancing and accelerating the digital transformation and cultural change at CECONOMY,” added Fitschen. “The basis for this is the initiated strategy of digitalisation, which must now be implemented as quickly as possible. At the same time, I would particularly like to thank my Supervisory Board colleague, Dr. Bernhard Düttmann, and Management Board member, Dr. Dieter Haag Molkenteller. Dr. Düttmann joined the Management Board on an interim basis without hesitation at a challenging time. Dr. Haag Molkenteller has temporarily assumed additional responsibilities on the Management Board. Both have thus made a significant contribution to the stability of the company.”

“I see the potential for a successful future at CECONOMY. In view of the far-reaching upheavals in the retail sector, it is now necessary to position the company for the future by consistently aligning the business model and employees of MediaMarktSaturn with the customer. Focusing and disciplined implementation by a team that sees itself as a team are at the forefront for me. I am very pleased to be able to help shape this exciting phase,” said Jörn Werner, the new CEO of CECONOMY.

“One of the most important tasks in the coming months will be to further optimise the financial management of the company and rebuild lost trust, not least on the capital market,” said Karin Sonnenmoser, who will be responsible for CFO duties in the future. “Together with the existing team, I will make my contribution to this.”

Jörn Werner has many years of CEO experience, Karin Sonnenmoser most recently CFO of Zumtobel

Jörn Werner is married and has two children. He studied business administration and psychology in Göttingen and Hamburg. After holding management positions with various companies, including in Denmark, he was responsible for the international growth strategy of the tool manufacturer Metabo as Director Europe for several years. In 2002, he left to join Buderus AG, which was taken over by Robert Bosch GmbH in 2003, and was instrumental in developing new sales markets. From 2005 to 2011, he was CEO of the tool retailer Berner SE before moving to Conrad Electronic. Most recently, he was CEO of A.T.U Auto-Teile-Unger. In May 2018, he took over as Chairman of the company’s Supervisory Board.

Karin Sonnenmoser was born in Biberach and studied business administration at the University of Augsburg, specialising in controlling/auditing and marketing. She holds a degree in business administration as well as an MBA from the University of Dayton, Ohio. She began her career at Volkswagen in 1995, where she was, among other positions, Secretary General of the Chairman of the Board of Management of Volkswagen AG. From 2010 to 2014, she was Managing Director Finance and Controlling at Volkswagen Sachsen GmbH and in this function was appointed Managing Director Finance and Controlling at Gläserne Manufaktur in Dresden in 2011. In 2014, she moved on to assume the position of CFO at the listed company Zumtobel Group AG, a company she left at her own request at the beginning of last year.

CECONOMY AG empowers life in the digital world. It is the leading European platform for companies, concepts and brands in the field of consumer electronics. The companies in the current CECONOMY portfolio have billions of consumer contacts per year and provide products, services and solutions that make life in the digital world easy and enjoyable, creating value for consumers and shareholders alike.