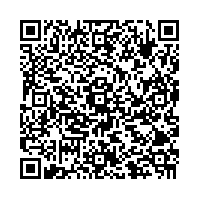 TOP500 List: SuperMUC at Leibniz Supercomputing Centre No. 4 in the World and No. 1 in Europe

News abonnieren
(PresseBox) ( Munich, 18.06.12 )
"SuperMUC", the new supercomputer at Leibniz Supercomputing Centre with a peak performance of 3 Petaflops, is ranked no. 4 in the TOP500 list of the world's fastest computers which was published today. SuperMUC is also today's fastest computer in Europe. Its general purpose processors allow an especially versatile deployment. SuperMUC's warm water cooling raises the standards in energy efficiency to new levels.

SuperMUC is a System X iDataPlex from IBM. It is equipped with more than 155,000 processor cores, which deliver an aggregate peak performance of more than 3 Petaflops (3 quadrillion floating point operations per second, a 3 with 15 zeroes). More than 330 Terabytes of main memory are available for data processing. These data can be transferred between nodes via a non-blocking InfiniBand network with fat tree topology. In addition, up to 10 Petabytes of data can intermediately be stored in parallel file systems based on IBM's GPFS. For permanent storage of user data like program source code, input data etc., a storage solution of NetApp with more than 4 Petabytes capacity is available, renowned for its high reliability. Furthermore, magnetic tape libraries with a capacity of 16.5 Petabytes are available for longterm archiving of data.

SuperMUC is a contribution of the Gauss Centre for Supercomputing GCS to the German and European High Performance Computing ecosystem "PRACE - Partnership for Advanced Computing in Europe". GCS is the association of the three biggest German scientific Computing Centres JSC Jülich, HLRS Stuttgart and LRZ Garching near Munich; 24 members from the European Union and associated states participate in the PRACE project, which coordinates reviewing and awarding of computational resources worth several Millions Euros to European scientists, and fosters education and training in its PRACE Advanced Training Centres, among which LRZ also plays a key role.

Both SuperMUC and the indispensable extension of the LRZ buildings, which also include a new visualization centre have been funded equally by the federal government of Germany and the Free State of Bavaria. The staff costs are covered solely by the Free State of Bavaria. Accompanying projects are funded by the European Union, the German Federal Ministry of Education and Research, as well as via further third-party funds.

Similar to its predecessors at LRZ, SuperMUC distinguishes itself by its versatile usability. As on earlier systems, many of the projects solve problems in physics and fluid dynamics. More recently, scientists from ever more other fields have been able to achieve great progress in answering difficult scientific questions by simulations run on the supercomputers at LRZ. For example, geophysicists of the Ludwig-Maximilians University of Munich already have adapted their model of the dynamics of the Earth's interior to SuperMUC. This model is nowadays the international standard for the simulations of other research groups worldwide. Other scientists are investigating e.g., the flow of blood in healthy and damaged blood vessels or the flow of air in the lung.

The energy consumption of the new computer posed great financial and technical challenges to all involved parties. SuperMUC needs considerably less power than other computers of comparable performance. This considerable progress in energy-efficient supercomputing could only be achieved because the processors and the main memory are directly cooled with warm water and no additional cooling infrastructure is necessary. The cooling concept was developed by IBM specifically for SuperMUC, and for the first time deployed on the really large scale seen on that system. In addition, the Intel processors and the system software delivered to LRZ offer further opportunities to save energy. Through all these measures, the total energy consumption could be drastically reduced and thus a substantial contribution to climate protection can be realized.

"Since it is comprised of processors with a standard instruction set that are well known from laptops, PCs and servers, SuperMUC is especially user friendly. This makes adapting user software much easier than for many other of the TOP500 systems that only can achieve high performance by use of special accelerators but can hardly be used for the vast majority of application programs.", explains Prof. Dr. Arndt Bode, LRZ's Chairman.

The official transfer of ownership of SuperMUC from IBM to LRZ as well as launch of operation will take place on July 20th 2012, jointly with the 50th anniversary of the Leibniz Supercomputing Centre of the Bavarian Academy of Sciences.

Change of company name and rebranding of SciLabware Ltd.

Pressemitteilung TOP500 List: SuperMUC at Leibniz Supercomputing Centre No. 4 in the World and No. 1 in Europe weiterempfehlen