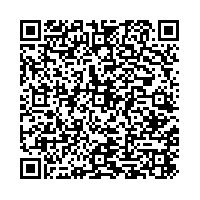 Sandra E. Peterson appointed new Chairman of the Board of Management of Bayer CropScience

Current Chairman Prof. Friedrich Berschauer to retire / Achim Noack appointed to the Board of Management of Bayer CropScience / Dr. Dirk Van Meirvenne to be Managing Director of Bayer Technology Services

(PresseBox) ( Leverkusen, 27.04.10 )
Sandra E. Peterson (51) is to be the new Chairman of the Board of Management of Bayer CropScience AG. This was decided by the Supervisory Board of the Bayer subgroup at its meeting on Tuesday. Peterson, a U.S. citizen, will join the subgroup's Board of Management on July 1, 2010 and succeed Prof. Dr. Dr. h.c. Friedrich Berschauer as Chairman effective October 1, 2010. Said Werner Wenning, Chairman of the Bayer AG Board of Management: "Sandra Peterson has been a successful division head in the Bayer Group for the past five years, having already demonstrated her leadership qualities in various sectors of industry. We are therefore convinced that she has the right profile to successfully lead the CropScience business." Peterson's successor as a member of the Bayer HealthCare Executive Committee and Head of the Medical Care Division will be 46-year-old Alan Main, a British citizen, who is currently Head of the Europe Region in Bayer HealthCare's Consumer Care Division.

Wenning praised the achievements of Berschauer, who will be 60 in June and is taking retirement after 30 years of valuable service to Bayer: "Professor Berschauer has further strengthened the position of Bayer CropScience as an innovation leader in conventional crop protection and driven the expansion of our seed and biotechnology businesses. "We thank him for his great commitment and wish him well for the future."

In addition, the Supervisory Board of Bayer CropScience appointed Achim Noack (50) to the company's Board of Management effective June 1, 2010. As of October 1, 2010, Noack will assume responsibility for Industrial Operations & QHSE (Quality, Health, Safety and Environment) in succession to Dr. Wolfgang Welter (62), who will retire on September 30, 2010 after many years of valuable service. Effective June 1, 2010, Noack will be succeeded as Managing Director of Bayer Technology Services GmbH by Dr. Dirk Van Meirvenne (46), currently Head of Production and Technology Isocyanates at Bayer MaterialScience AG.

Sandra E. Peterson has been a member of the Executive Committee of Bayer HealthCare since May 2005, heading up the Medical Care Division since January 2009. Prior to that she was in charge of the Diabetes Care Division, now one of the businesses of Medical Care.

Peterson, born in 1959 in New York, N.Y., holds a B.A. in Government from Cornell University, Ithaca, N.Y., and a Master of Public Administration in Applied Economics from the University of Princeton, New Jersey. She received a fellowship from the Robert Bosch Foundation in Stuttgart, Germany, and spent a year in 1984-85 serving with the German Federal Ministry of Finance and the Federation of German Industries.

Prof. Dr. Dr. h. c. Friedrich Berschauer has been Chairman of the Board of Management of Bayer CropScience AG since April 1, 2004. Born in 1950 in Boms, near Ravensburg, Germany, Berschauer studied agricultural science at the Hohenheim University in Stuttgart, subsequently working as a scientific assistant at the university's Institute for Animal Nutrition.

Having gained a Ph.D. in Agricultural Science in 1977, he joined Bayer AG in 1980 as Head of the Animal Nutrition Department at the Pharmaceuticals Research Center in Wuppertal. He held various positions with Bayer before being appointed Head of Development in the company's Crop Protection Business Group in 1993. In 1998 he transferred to the United States to become President of the Animal Health Division of Bayer Corporation. In July 2000 he was appointed General Manager of the Animal Health Business Group of Bayer AG. After the reorganization, Berschauer was initially appointed a member of the Bayer HealthCare Executive Committee with responsibility for the Animal Health Division and the Asia-Pacific region. From October 1, 2003 he was a member of the Board of Management of Bayer HealthCare AG and the company's labor director, before taking up his current position as Chairman of the Board of Management of Bayer CropScience AG.

Since July 2008 Friedrich Berschauer has been Chairman of the Board of Directors of CropLife International.

Achim Noack was born in Hamburg on July 17, 1959. After studying chemical engineering at the University of Dortmund, he joined Bayer AG in 1986 as a process engineer with the former Crop Protection Business Group. After five years he transferred to Engineering in the Central Technology Division, moving after two years to Kansas City, Missouri, U.S.A., to serve as Project Manager for the Crop Protection Business Group.

Noack returned to Germany in 1997 as Plant Manager for the Organic Chemicals Business Group in Krefeld-Uerdingen. Two years later he was placed in charge of engineering support for agrochemical active ingredients in Germany. In 2000 he was named Head of the Corporate Engineering Department and, shortly thereafter, Chief Technology Officer of Bayer Corporation, U.S.A., in Pittsburgh, Pennsylvania. After the establishment of Bayer Technology Services (BTS) in 2002, he headed the Bayer Technology Services Americas office. Noack was appointed the company's Managing Director in mid-2005. In this function Noack pursued a systematic growth strategy, continuing the development of the former Central Technology Division into a flexible, customer-focused service provider.

Dr. Dirk Van Meirvenne was born on September 19, 1963 in Sint-Niklaas, Belgium, and studied polymer chemistry at the University of Ghent, Belgium. In 1990 he joined Bayer Antwerpen N.V., Belgium, where he worked in titanium dioxide production until 1997, latterly as plant manager. He subsequently transferred to the plastics unit where he was responsible for polycarbonate production in Antwerp until 2001. Van Meirvenne subsequently served as site manager in Map Ta Phut, Thailand, which at that time was being expanded to become Bayer's largest production center for polycarbonates in Asia.

Just over a year later he was appointed Head of Global Operations, Polycarbonates at Bayer Polymers in Krefeld-Uerdingen. When Bayer MaterialScience was formed in 2004, he was appointed Global Head of Production and Technology in the Polycarbonates business unit. Since 2007 Van Meirvenne has served as Global Head of Production and Technology, Isocyanates, at Bayer MaterialScience in Leverkusen. In this capacity he was responsible for the construction of the MDI and TDI facilities in Caojing near Shanghai, China.

Alan Main has been Head of the Region Europe in Bayer HealthCare's Consumer Care Division, headquartered in Basel, Switzerland, since February 1, 2008. This Region comprises the western and eastern European countries, the Middle East and Africa. Before that, he was Head of the Region Asia/Pacific in the Consumer Care Division, where he was responsible for Commercial Operations and the development of important growth markets in the Far East. Main is currently a board member and Vice President of the AESGP (European Self-Care Industry Association.)

Born in 1963 in Aberdeen, Scotland, Main obtained a B.A. in International Marketing from Thames Polytechnic. He is a member of the Chartered Institute of Marketers in the United Kingdom.

Main has more than 25 years of experience in the OTC industry, in which he has held various positions in marketing and management. Before entering the consumer care business he worked for Stafford-Miller (now GSK) and Merrel-Dow (now Sanofi-Aventis). In 1992 Main began his marketing career with Roche Consumer Health in the United Kingdom, where he held various positions of increasing responsibility in the U.K. and abroad, including South Africa and Hong Kong. He joined Bayer in January 2005 following the successful acquisition of the Roche Consumer Health business. Before the acquisition, Main was Head of the Region International, comprising Asia/Pacific, Russia, Turkey, the Middle East and Africa. He was a member of the Leadership Team at Roche Consumer Health.

Dr. Wolfgang Welter, born in Oberbexbach, Germany, on January 28, 1948, studied chemistry in Saarbrücken and Kaiserslautern. In 1977 he joined Hoechst AG, where in the period through 1994 he held a number of positions and undertook various international production assignments for the Crop Protection and Fine Chemicals business groups, including the position of site manager in Griesheim. From 1994 to 1999 he was in charge of global active ingredients production at AgrEvo in Frankfurt. Thereafter he was appointed Head of Manufacturing at Aventis CropScience in Lyon, France, and was a member of the Executive Committee. In June 2002 Welter became Head of Industrial Operations at Bayer CropScience in Monheim, Germany. He was appointed to the Board of Management of Bayer CropScience AG effective July 1, 2004. His work centered on successful site consolidation and the optimization of production costs.

Bayer Technology Services GmbH offers fully-integrated solutions along the life cycle of chemical/pharmaceutical plants - from development through engineering and construction to process optimization for existing plants. The Bayer subsidiary employs over 2,600 people worldwide at its headquarters in Leverkusen and other German locations, as well as in regional offices in the United States, Belgium, Switzerland, Mexico, India, the United Arab Emirates, Singapore and China. Sales in 2009 totaled approx. EUR 380 million.

This release may contain forward-looking statements based on current assumptions and forecasts made by Bayer Group or subgroup management. Various known and unknown risks, uncertainties and other factors could lead to material differences between the actual future results, financial situation, development or performance of the company and the estimates given here. These factors include those discussed in Bayer's public reports which are available on the Bayer website at www.bayer.com. The company assumes no liability whatsoever to update these forward-looking statements or to conform them to future events or developments.

Bayer is a global enterprise with core competencies in the fields of health care, nutrition and high-tech materials. Bayer CropScience AG, a subsidiary of Bayer AG with annual sales of about EUR 6.5 billion (2009), is one of the world's leading innovative crop science companies in the areas of crop protection, non-agricultural pest control, seeds and plant traits. The company offers an outstanding range of products and extensive service backup for modern, sustainable agriculture and for non-agricultural applications. Bayer CropScience has a global workforce of about 18,700 and is represented in more than 120 countries.

Pressemitteilung Sandra E. Peterson appointed new Chairman of the Board of Management of Bayer CropScience weiterempfehlen