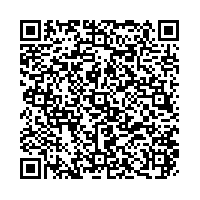 (PresseBox) ( Luxembourg, 06.06.19 )
Viewers around the world will receive a month of programming in celebration of Asteroid Day, the official United Nations day of education and awareness about asteroids, thanks to a partnership between SES and BCE. The broadcast will feature pre-recorded and live High Definition (HD) content from Asteroid Day’s global programmes and events throughout June 2019, building to June 30 with coverage of over 2,000 events occurring in 190 countries.

As partners in the Asteroid Day initiative SES and BCE have teamed up to bring a month-long global broadcast of the related events to audiences around the world. BCE will produce the 6 hour live production out of Cercle Cité in Luxembourg city and provide all the playout services from its media centre in RTL City, for HD distribution over satellite as well as IP networks. The online distribution will be taken care of using BCE’s Freecaster Live Streaming solution, which will enable both live and VOD viewing on social networks and websites. For the satellite distribution, SES will broadcast the programming on five satellites to create a truly global footprint for Asteroid Day, a testament to the reach of SES. In Europe, Africa, and Asia the programming will be delivered Free-to-Air via satellite to Direct-to-Home (DTH) viewers, while in Latin and North America it will be integrated into the packages of multichannel video programming distributors (MVPDs) via satellite.

The programming will culminate on 28 June with Asteroid Day LIVE, a 24-hour live broadcast produced by Asteroid Day and sponsored by SES, BCE and the Government of Luxembourg. The marathon show will be hosted by prominent journalists from the BBC and CNN, who will be joined in studio and around the world by renowned astronauts, expert scientists, technologists, and researchers in planetary science.

“Luxembourg is home to a space industry and satellite telecoms infrastructure connecting Europe and the world,” said Marc Serres, CEO of the Luxembourg Space Agency. “The expertise and valuable support of leading companies such as SES and BCE play a key role in making Asteroid Day an international success and enable all of us to have a truly global conversation about space and asteroids.”

“BCE thrives with innovation and technology,” said Xavier Thillen, Head of Digital Media Operations at BCE. “Information is in our roots; we believe that instructing the world about asteroids has become an imperative. To do so, we are enthusiastic to use our state-of-the-art IP-based playout centre to broadcast this planetary event and reach the world with SES satellites fleet.”

“At SES, we value technology as a tool to positively impact and transform lives,” said Ruy Pinto, SES Chief Technology Officer. “We are proud to be a partner in this global awareness campaign to learn about asteroids, both the impact hazards they may pose and the resources they may one day yield. By leveraging multiple satellites, we are using the power of our global reach to deliver this important programming to millions of TV homes.”

Worldwide audience can receive our dedicated satellite TV channel or stream our broadcast.

How to watch the TV broadcast

Broadcasting Center Europe (BCE) is a European leader in media services, system integration and software development in the areas of television, radio, production and postproduction, telecommunication and IT. With its extensive experience on the media market, our team provides high-quality services and will always find the solution that matches your project and budget. With more than 200 highly qualified and motivated people, BCE serves about 400 clients in various sectors, such as TV channels, radio stations, film distributors, producers, advertising companies, telecommunications operators and public services. www.bce.lu

Established in 2018 with the goal of developing the national space sector, the Luxembourg Space Agency fosters new and existing companies, develops human resources, facilitates access to funding and provides support for academic research. The agency implements the national space economic development strategy, manages national space research and development programs, and leads the SpaceResources.lu initiative. The LSA also represents Luxembourg within the European Space Agency, as well as the space related programs of the European Union and the United Nations.

Asteroid Day was co-founded in 2014 by the Asteroid Foundation, a nonprofit organization led by Dr. Brian May, astrophysicist and lead guitarist of QUEEN, Danica Remy, President of B612 Foundation, Rusty Schweickart, Apollo 9 Astronaut, and filmmaker Grig Richters. Asteroid Day events are held on 30 June each year to mark the anniversary of the 1908 Tunguska impact.

Asteroid Day was sanctioned by the United Nations in 2016, as a “global day of education to raise awareness about asteroids.” Asteroid Day is an educational program about asteroids/space – their role in the formation of our universe, how we can use their resources, how asteroids can pave the way for future exploration and how we can protect our planet from asteroid impacts.

SES is the world's leading satellite operator with over 70 satellites in two different orbits, Geostationary Orbit (GEO) and Medium Earth Orbit (MEO). It provides a diverse range of customers with global video distribution and data connectivity services through two business units: SES Video and SES Networks. SES Video reaches over 355 million TV homes, through Direct-to-Home (DTH) platforms and cable, terrestrial, and IPTV networks globally. The SES Video portfolio includes MX1, a leading media service provider offering a full suite of innovative services for both linear and digital distribution, and the ASTRA satellite system, which has the largest DTH television reach in Europe. SES Networks provides global managed data services, connecting people in a variety of sectors including telecommunications, maritime, aeronautical, and energy, as well as governments and institutions across the world. The SES Networks portfolio includes GovSat, a 50/50 public-private partnership between SES and the Luxembourg government, and O3b, the only non-geostationary system delivering fibre-like broadband services today. Further information is available at: www.ses.com