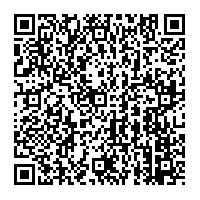 Results of invitation to tender for offshore wind farms: GDF SUEZ, EDP Renewables, Neoen Marine and AREVA awarded Tréport and the Isles of Yeu and Noirmoutier

The partners are delighted about the decision, which is testament to the quality, competitiveness and environmental scope of the projects as well as the group's expertise - already involved in 25 offshore wind farms - and the dialogue undertaken with the regions. The success of these bids, presented with local players, supports the emergence of a French offshore wind power sector which will generate activity and jobs throughout the country and lay the foundations for international expansion.

Creation of two local companies and thousands of jobs in France

The two wind farms will create almost 6,000 direct and indirect jobs. Various local businesses - in the Grand Ouest (Poitou-Charentes, Pays de la Loire, Brittany, Upper Normandy, Lower Normandy) and in Picardy and Nord-Pas de Calais - will be involved in the manufacturing and installation of the components for the farms.

The choice of the new AREVA 8MW wind turbine will allow for increased productivity and enhanced performance, with a 40% reduction in the number of turbines and greater compatibility with fishing activity. This wind turbine also offers the advantage of cutting construction time and optimising wind farm maintenance.

- 2014-2015: Ongoing information and dialogue with the public and local stakeholders, technical and financial feasibility studies and detailed environmental studies
- 2014: Beginning of the Research & Development activities in the new R&D centre in Rouen
- 2015-2017: Gradual selection of suppliers, principally of foundations, electrical sub-stations and installation and maintenance services for the wind farms
- 2018: Manufacturing of 8MW AREVA wind turbines to begin in Le Havre
- 2019-2021: Construction of the wind farms in the two areas
- 2021: Commissioning. Operation and maintenance shall be undertaken out of the ports of Dieppe and Tréport for the Tréport wind farm and out of the ports of l'Herbaudière and Port-Joinville for the Isles of Yeu and Noirmoutier farm.

EDP Renewables (Euronext: EDPR), headquartered in Madrid, Spain, is a global leader in the renewable energy sector and the world's third-largest wind energy producer. With a sound development pipeline, first class assets and market-leading operating capacity, EDPR has undergone exceptional development in recent years and is currently present in 12 markets (Belgium, Brazil, Canada, Spain, the US, France, Italy, Poland, Portugal, the UK and Romania). Energias de Portugal, S.A. ("EDP"), the majority shareholder of EDPR, is a global energy company and a leader in value creation, innovation and sustainability. EDP is Portugal's largest industrial group and the only Portuguese company to form part of the Dow Jones Sustainability Indexes (World and STOXX).

Neoen Marine is a French company specialized in the development of Marine Renewable Energy projects. Neoen Marine has built a unique expertise in the management of environmental and technical challenges for offshore wind projects. Its strong local and territorial involvement, started in 2008, has led Neoen Marine to build attractive, harmonious and responsible projects. Neoen Marine is a 40% subsidiary of La Caisse des Dépôts and 60% of neoen, a French Independent Energy Producer. Already active in France and Portugal with a portfolio of assets exceeding 200 MW, neoen targets 1,000 MW for 2016, establishing its foothold on high potential markets in Central and North America as well as Africa and Australia.

AREVA is a world leader in nuclear power. The group's offer to utilities covers every stage of the nuclear fuel cycle, reactor design and construction, and operating services. Its expertise and uncompromising dedication to safety make it a leading industry player.

Through the complementary nature of nuclear and renewables, AREVA's 45,000 employees contribute to building tomorrow's energy model: supplying the greatest number of people with energy that is safer and with less CO2.