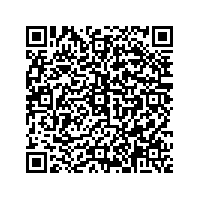 - Operating losses expected in 2011
- Objective: self-finance capex for the period 2012-2016 in cumulative terms
- Free operating cash flow at break-even beginning in 2013; above €1bn per year beginning in 2015

"AREVA must found its development on a long-term vision of the energy market declared Luc Oursel. Considering the expected growth in electric consumption, AREVA is convinced that the outlook for nuclear and renewable energy development remains strong in the coming years, even if expansion of the global installed base of nuclear reactors is postponed to a certain extent compared with forecasts available before the Fukushima accident.

AREVA's ambition, with the deployment of the "Action 2016" strategic action plan, is to strengthen its leadership in providing solutions for the generation of electricity with less CO2. For this purpose, the group will rely on the expertise of its employees, the trust of its customers around the globe and the support of its shareholders.

To achieve this goal, AREVA is committed to improving its performance during the coming years."

The AREVA Supervisory Board met today under the chairmanship of Jean-Cyril Spinetta to review and approve the group's main strategic directions and its financial outlook for the five coming years.

1. "Action 2016": improving the group's performance in nuclear and renewable energies

The Group's new strategic action plan is still founded on our commitment to safety, security and transparency and relies on decisive strategic choices:

- commercial priority given to value creation, by providing solutions for the installed base (integrated offers in the front end of the cycle, safety upgrades necessary in the post-Fukushima environment, modernization and life extension services for existing reactors worldwide, and used fuel management solutions) and the construction of new reactors meeting the highest safety and security standards;
- selectivity in capital spending, which means focusing operating Capex until 2016 on safety, security and maintenance, and completing projects already launched; several capital projects have been suspended because of market uncertainties;
- strengthening our financial structure by improving our performance, maintaining an appropriate level of liquidity and implementing a disposal program for more than 1.2 billion euros.

To improve economic competitiveness, the Group identified and will implement a series of initiatives aimed at reducing operating costs (up to 1 billion euros in annual savings targeted by 2015, i.e. about 10% of the cost basis) and improving the working capital requirement by 500 million euros (i.e. a reduction of more than 15 days of sales) by 2015.

Taking into account changes in activity levels in the group in the second half of 2011, AREVA's forecast for full-year 2011 is as follows:

In addition, AREVA determined that provisions or impairments to be recognized in the financial statements as of December 31, 2011, would have the following impact on operating income for the year:

- for a total of approximately 1,460 million euros1, a provision for impairment of Property, Plant and Equipment and intangible assets associated with UraMin's mining projects currently under development - or not yet launched - in Namibia (Trekkopje), the Central African Republic (Bakouma) and South Africa (Ryst Kuil). It should be noted that the Notes to the consolidated financial statements for the year 2010 (note 11) and to the consolidated financial statements as of June 30, 2011 (note 8), which had been reviewed by the Supervisory Board on the basis of the report of the Audit Committee, included disclosures concerning these mining properties and that a provision for impairment was recognized in 2010 for the amount of 426 million euros. In particular, the Notes to the 2010 consolidated financial statements included the following comment: "the low correlation level identified between radiometric measurement and uranium content in the ore assayed by chemical measurement creates uncertainty about the deposit's actual resources and the quantities that might ultimately be produced". The Notes to the consolidated financial statements as of June 30, 2011 specified: "In particular, for the Trekkopje deposit, preliminary results for correlations between radiometric measurements and chemical measurements point to a risk of lower actual ore grades, more specifically in low-grade ore, and thus a risk of a lower level of resources."

In this context, the additional impairment anticipated at December 31, 2011, is mostly attributable to:

- for the Trekkopje deposit: the unfavorable impact of revisions concerning (i) the level of resources, revised down from 45.2 kTU to 26.0 kTU and (ii) site production cost assumptions after interpretation of the results of technical analyses that were still ongoing as of the closing date of the consolidated financial statements at June 30, 2011;

- the adjustment in the balance of supply and demand after the Fukushima accident, the downward revision of future prices levels anticipated on the natural uranium market, as indicated in independent expert publications available as of the date of this press release[2], and the decision to postpone production startup at these three mining projects;

- revision of the mining plans for the deposits in question, based on the information outlined above.

- for a total of about 800 million euros: provisions for contingencies and expenses that may entail future cash outflows, as outlined in Appendix to this press release;
- for a total of about 100 million euros: impairment of assets related to equipment manufacturing sites (Reactors & Services BG) and chemistry facilities (Front End BG), recognized in connection with a reduction in anticipated future workload at these facilities after the Fukushima accident.

As a result of the provisions described above, coming to about 2,360 million euros in total, the group's consolidated operating income for full-year 2011 should come to a loss in the range of 1.4 to 1.6 billion euros.

In light of the significant amount of impairment to be recorded in the group's accounts for the year ended December 31, 2011, related to mining projects following the acquisition of UraMin in July 2007, the Supervisory Board decided today to set up a committee comprising three independent Supervisory Board members, in order to examine conditions of acquisition and further operations of UraMin in order to draw lessons learnt for the Group. The committee will present its conclusions at the latest during the Supervisory Board meeting that will be convened to review the group's 2011 results.

During the period 2012-2013, AREVA will complete the majority of its capital spending program for the renewal of the group's production assets, including startup of the George Besse II enrichment plant. At the same time, the group will adapt its organization to the challenges of a market made more difficult after the Fukushima accident and the debt crisis.

In summary, the group's objectives are to achieve:

As early as 2014, the group intends to take advantage of increased competitiveness achieved through performance improvements to capitalize on the launch of several nuclear and renewable energy projects.

Therefore, the group has set the following objectives:

- Organic revenue growth of about 5-8% per year in the nuclear business and revenue above 1.25 billion euros in renewable energies by 2015;
- Gross Capex reduced to approximately 1.3 billion euros on average per year over the period 2014-2016;
- Free operating cash flow before tax positive by more than 1 billion euros per year beginning in 2015.

Lastly, in light of the group's 2011 above-mentioned financial perspectives:

- AREVA will propose to the next General Meeting of Shareholders, with The Supervisory Board favorable opinion, to deliberate in favor of the reduction of 20% of compensations as from fiscal year 2012 compared with fiscal year 2011.
- The AREVA Executive Board members have indicated to the Supervisory Board that they will waive their right to any form of bonus for the time frame spanning from their nomination mid-2011 until the end of the year 2011.

In defiance of Corona