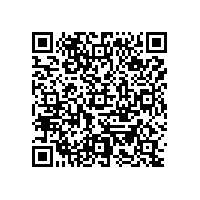 News abonnieren
(PresseBox) ( Paris, 14.12.11 )
.
- Taking advantage of the expected growth in nuclear and renewable energies
- Targeted investment programs
- Return to self-financing as of 2014

Luc Oursel, CEO, and Pierre Aubouin, Chief Financial Officer, today presented the group's strategic plan for the period 2012-2016. The plan has been drawn up collectively and is based on a thorough-going analysis and a realistic assessment of perspectives for all group activities and associated resources.

Luc Oursel stated, "the dynamics of our plan are rooted in our confidence in the future of nuclear and renewable energies. The plan aims to strengthen our leadership in the nuclear market, make us emerge as a leading player in renewable energy and give us the resources to achieve these goals."

Development of nuclear and renewable energies: the fundamentals are unchanged

The development of nuclear and renewable energies is essential:

- Doubling of world energy demand by 2050 driven by economic growth in emerging countries and the developing of new needs for electricity (individual and mass transport, information technology),
- Need to provide for energy independence of countries facing issues of depletion of fossil resources and geopolitical uncertainties favors the use of energy sources with stable and predictable costs,
- Fight against climate change through reductions in greenhouse gas emissions

In this context, the German decision remains an isolated case and the great majority of nuclear programs around the world have been confirmed. More conservative in its projections than the International Energy Agency, the group expects growth of 2.2% annually, reaching 583 GW of installed nuclear capacity by 2030, against 378 GW today. However, the Fukushima accident will lead to delays in launching new programs.

"Action 2016" to consolidate AREVA's leadership in nuclear energy and become a leading player in renewable energy.

The group's strategic action plan "Action 2016", is underpinned by the values of safety, security and transparency that have always been fundamental for AREVA.

It is based on the following strategic choices:

These demand an improvement in the group's performance by 2015.

This plan makes nuclear safety a strategic priority for the industrial and commercial performance of the group.

- Nuclear safety and occupational safety in the group's operations: AREVA equips with all necessary means to ensure the highest level of safety in the conduct of its operations. The new centrifuge enrichment plant, Georges Besse II, and the future Comurhex II conversion facilities meet these requirements. In terms of occupational safety, the objective remains zero accidents.
- Safety of products and services: The range of 3rd generation reactors comprising EPR(TM) , ATMEA and KERENA are the safest on the market. For existing reactors, AREVA has developed the "Safety Alliance" program, a range of services designed to enhance the safety of existing nuclear power plants. This market is expected to grow following studies carried out by the safety authorities after the accident at Fukushima.

Faced, like all its competitors, with the period of uncertainty in the wake of the Fukushima accident, AREVA can rely on the strength of its integrated business model, which makes it possible to take advantage of opportunities in each segment of the nuclear market. With a portfolio of customers representing 95% of nuclear utilities worldwide, and with business involvement at 360 reactors, Areva derives over 80 % of its turnover from recurring activities (services to operating nuclear power plants, nuclear fuels, etc.). Moreover, the Group's order book represents five years of sales, providing excellent business visibility over the next few years and a balance between its different activities.

AREVA will continue to benefit from its uranium production costs, which are the lowest in the mining market, and will be able to leverage unique feedback from its EPR(TM) projects. In renewable energies, which are complementary to nuclear business, the group intends to become a major player in this developing sector, for which the expected growth is 8% per year (excluding hydro) between now and 2035.

Under the planned reinforcement of the group's financial structure, the investment program has been reduced by 34% to 7.7 billion euros over the period 2012-2016. Investments in safety are maintained at the same level as in the preceding period (2 billion euros) while strategic investment priorities are refocused.

Targeted divestments of non-strategic activities, financial assets or minority stakes in projects are under study for a minimum of 1.2 billion euros. These will contribute to the financing plan for the group and will strengthen its ability to fund investments.

Measures to be deployed shall procure reductions of one billion euros in operating expenditure and 500 million euros in the working capital requirements by 2015. As of 2014, the group will self-finance all its investments.

The group plans to strengthen its policy of talent development that has been underway for several years. Specific actions will complement the development policies already deployed in a number of areas such as diversity or professional training. While AREVA will freeze recruitment in the support functions (Finance, Human Resources, Legal, Communications, ...), development of and support for mobility, both occupational and geographical, will be stepped up.

However, the specific situation in Germany, following the decision to phase out nuclear power, forces AREVA -like others in the local marketplace- to redimension its business, which could result in a reduction in the workforce by at least 1,200. This will take place in the spirit of social dialog that prevails in our company.

This ambitious performance plan for the period 2012-2016 will give the group the wherewithal to withstand a temporary slowdown in the market resulting from the Fukushima accident and to deliver safe and sustainable growth of the business. The plan sets out the strategic direction for the group's employees for the years ahead and it underscores AREVA's ambition to reinforce its coveted position as the world's No. 1 in nuclear power and become a leading player in renewable energy. "Action 2016" is a plan for development and competitiveness.

The presentation of "Action 2016" and the associated webcast are available on the website www.areva.com