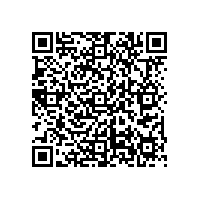 (PresseBox) ( Paris, 27.01.12 )
In 2011, AREVA's consolidated revenue came to 8.872 billion euros, down slightly (-2.6%) compared with 2010 (-1.2% like for like). The decrease in revenue in nuclear operations was partially offset by significant growth in the renewables business. Foreign exchange and changes in the scope of consolidation had respectively a negative impact of 113 million euros and 16 million euros over the period.

Concerning these figures, Luc Oursel, Chief Executive Officer, stated: "The growth of our backlog over a year marked by the Fukushima accident confirms the strength of the Group's commercial presence alongside its customers. Similarly, the limited decline in revenue in 2011 illustrates the robustness of AREVA's integrated business model - with the majority of our activity resting on recurring business generated in relation to our customers' nuclear installed base - and the development of our renewable energies operations."

In accordance with the requirements of IFRS 8, AREVA's business segment information is presented for each operating Business Group (BG), which is the level of information examined by the group's governance bodies. Subsequent to the establishment of a subsidiary combining all of the group's mining operations, data for the Mining Business Group are now reported separately from those of the Front End Business Group. Data used for comparisons with 2010 were restated to reflect this new organization.

In terms of crosscutting activities involving several BGs, it should be noted that in December 2011, AREVA signed a unique integrated fuel and related services2 contract to supply the Monticello nuclear power plant in the State of Minnesota (United States), for a total of about 500 million dollars. It is the first contract of its kind between a nuclear utility and a fuel supplier to be signed in the United States in several decades. This contract is included in the backlog for the Mining and Front End BGs.

The backlog of the Mining BG totaled 10.23 billion euros at December 31, 2011, down slightly (-2.1%) compared with the end of 2010. In 2011, the Mining BG sales activity evolved in an uncertain uranium market. Several uranium supply contracts were signed with U.S. and Asian utilities.

For the full year of 2011, the Mining BG recognized revenue of 1.289 billion euros, up 18.0% on a reported basis and of 24.0% LFL. Foreign exchange had a negative impact of 52 million euros. Revenue benefits from the increase in the average uranium sales prices from contracts.

- several contracts in the Fuel business with U.S. utilities;
- a significant volume of new orders in Enrichment, in particular in the United States and Japan, despite complex market conditions.

- Revenue in Enrichment suffered from the end of the SWUs sales to EDF in France, associated to the end in late 2010 of the legacy contract for the supply of enrichment services produced at the Georges Besse plant;
- the level of activity has a favorable effect in the Fuel business;
- the Chemistry business suffered from the drop in deliveries to Japanese utilities in the aftermath of the events in Japan. Given this situation, AREVA considered it preferable to limit Comurhex's conversion operations in the latter part of 2011 and decided to suspend production at the Comurhex sites for a period of two months, without any impact on deliveries to customers.

- a contract of about 1.1 billion euros with EDF to supply 32 of the 44 steam generators earmarked for the French 1,300 MW nuclear power plants;
- a contract of more than 600 million euros with EDF to renovate instrumentation and control systems for its 1,300 MW power plants;
- a contract with Tennessee Valley Authority related to the completion of the Bellefonte power plant in the United States (orders will continue to gradually enter in backlog until the end of the project, for a total of about 1 billion dollars);
- a contract with CNNC for the supply of digital instrumentation and control systems for the Tianwan 3 & 4 power plants, in China;
- contracts with EDF for preliminary engineering studies and for the manufacturing of some forgings for the new reactors that the French utility plans to build in the United Kingdom. The provisional certification of the EPR reactor by the British nuclear safety authority was obtained in 2011.

- Revenue in the New Builds business was down, mainly due to the decrease in engineering studies in the United States. Revenue associated with EPR reactors under construction in Finland, France and China was stable during the period;
- Installed Base services were up mainly due to an increase in engineering studies in France;
- revenue in the Equipment business was down due to the decreasing volume of heavy component deliveries.

compared with the end of 2010. Contracts won in 2011 include:
- several contracts with the CEA to continue dismantling operations at the UP1 plant in Marcoule;
- a contract with the CEA to remove, treat and ship Phenix reactor fuel.

- Revenue was penalized in the Recycling business by lower volumes at the La Hague and Melox facilities following production interruptions occurring at the end of the first half of the year, the production having fully restarted during the third quarter;
- in the Nuclear Site Value Development business, the reduction of AREVA's scope of work under the UP1 plant dismantling contract in Marcoule with the CEA was offset by the deployment of contaminated water treatment solutions at the Fukushima-Daiichi site in Japan;
- revenue in the Logistics business benefited from an increase in activity in the storage business in the United States and in transportation.

The Renewable Energies BG had 1.778 billion euros in backlog at December 31, 2011, down 3.5% compared with the end of 2010. The most significant contracts won during the year were:

- a major contract for the installation of a concentrated solar power plant coupled to the Kogan Creek coal-fired power plant operated by CS Energy in Australia;
- in the framework of a consortium led by AREVA contracting with Eneco, one of the Netherlands' leading power companies, a contract totaling 155 million euros for the consortium to build a biomass power plant in northern Netherlands.

The Renewable Energies BG reported revenue of 297 million euros in 2011, a sharp increase from 2010 (+98.2% on a reported basis and +98.3% LFL), due to a significant increase in the Offshore Wind business with ramp-up of mass production of the M5000 turbine at the Bremerhaven plant in Germany.

Adventus and Salazar Announce Drilling Results at the El Domo Deposit Highlighted by 17.38% Copper Equivalent over 5.70 Metres and Provide an Update on 2021 Exploration and Development Plans in Ecuador