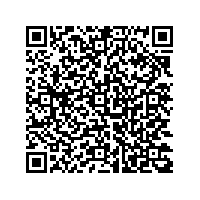 Built on advances in the technology used in Advantest's E3630 MVM-SEM for photomasks, the E3310 achieves superior capabilities for scanning and measurement of wafers for next-generation devices. It is a stable, high-accuracy measurement solution for process development at the 1Xnm node and mass production at the 22nm node and beyond, contributing to reduced process TAT (turn around time) and higher productivity. The E3310 will be featured in Advantest's exhibit (booth #3D-803 in Hall 3) at the SEMICON Japan trade show, December 5-7 in Makuhari Messe in the Chiba prefecture.

While advances in semiconductor technology have historically followed Moore's Law, technical challenges have recently imperiled the transition to yet-smaller processes. The development of 3D transistor technologies such as FINFET (fin-based field effect transistors) is expected to bridge the gap to mass production at the 22nm node and subsequently the 1Xnm node. Advantest's new E3310 provides a stable, highly accurate 3D measurement solution suitable for these next-generation needs.

The E3310's multi-detector configuration allows it to achieve stable, highly accurate measurements at the 1Xnm node. It also features a proprietary detection algorithm, enabling measurement of the 3D FinFET architectures that are in the process of full-scale adoption by the semiconductor industry.

Not only silicon wafers, but AlTiC, quartz, and silicon carbide wafers, among others, are supported in sizes from 150mm to 300mm, depends on type.

All information supplied in this release is correct at the time of publication, but may be subject to change.

A world-class technology company, Advantest is the leading producer of automatic test equipment (ATE) for the semiconductor industry and a premier manufacturer of measuring instruments used in the design and production of electronic instruments and systems. Its leading-edge systems and products are integrated into the most advanced semiconductor production lines in the world. The company also focuses on R&D for emerging markets that benefit from advancements in nanotech and terahertz technologies, and has introduced multi-vision metrology scanning electron microscopes essential to photo mask manufacturing, and 3D imaging analysis tools to the pharmaceutical and transportation industries. Founded in Tokyo in 1954, Advantest established its first subsidiary in 1982, in the USA, and now has subsidiaries worldwide. More information is available at www.advantest.de.