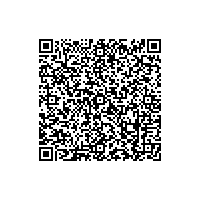 In the 2019 survey, Advantest surpassed its best scores from prior years, achieving its highest-ever overall score, and recording personal-best customer ratings in the areas of Technical Leadership and Partnering. According to VLSIresearch, the world’s leading semiconductor market-research firm, Advantest continually ranks high among THE BEST Suppliers of Test Equipment, and in 2019 received one of only three VLSI 5 Star designations in the category of 10 BEST Large Suppliers of Chip Making Equipment.

“We are delighted to see Advantest named to the 10 BEST list for the 31st consecutive year,” said Risto Puhakka, president of VLSIresearch. “The company has been a mainstay of the top-ranked companies since the survey’s inception. Year over year, it remains abundantly clear that Advantest continues to demonstrate its strength in the semiconductor industry by availing the most comprehensive product portfolio in the test equipment arena. Their drive to capture and serve the demand for new products from a broad range of customers has not only gained them top ratings from the world’s global manufacturers but has also propelled them to the number one market share position for automatic test equipment.”

"It is an honor to be continually recognized by our global customers as a 10 BEST and VLSI 5 Star company in the annual VLSIresearch Customer Satisfaction Survey,” said Yoshiaki Yoshida, president and CEO of Advantest Corporation. “With more complex testing and reliability of semiconductors taking center stage, the need for reliable test solutions that tackle advanced technologies, such as 5G, has become exceedingly crucial. By elevating and expanding our test and measurement solutions throughout the value chain, we aim to continue to earn the trust of the world’s leading chipmakers, and we thank them for their continued support.”

The VLSIresearch annual Customer Satisfaction Survey is the only publicly available opportunity since 1988 for customers to provide feedback for suppliers of: semiconductor equipment and subsystems.

Advantest, a global provider of test solutions for SoC, logic and memory semiconductors, has long been the industry’s only ATE provider to design and manufacture its own fully integrated suite of test-cell solutions -- comprised of testers, handlers, device interfaces, and software – assuring the industry’s highest levels of integrity and compatibility.

VLSIresearch is an award-winning provider of market research and economic analysis on the technical, business, and economic aspects of the semiconductor supply chain. Providing intelligence for faster and better decision making, seasoned executives in high technology, government, and finance rely on VLSIresearch’s insights to guide them to the right decisions. The formula is simple: Better intelligence leads to better decisions which deliver better results. Founded in 1976, VLSIresearch is the leading technology research and advisory company focused on semiconductor related manufacturing.

A world-class technology company, Advantest is the leading producer of automatic test equipment (ATE) for the semiconductor industry and a premier manufacturer of measuring instruments used in the design and production of electronic instruments and systems. Its leading-edge systems and products are integrated into the most advanced semiconductor production lines in the world. The company also focuses on R&D for emerging markets that benefit from advancements in nanotech and terahertz technologies, and has introduced multi-vision metrology scanning electron microscopes essential to photomask manufacturing, as well groundbreaking 3D imaging and analysis tools. Founded in Tokyo in 1954, Advantest established its European subsidiary in 1983 and now has subsidiaries worldwide. More information is available at www.advantest.com.