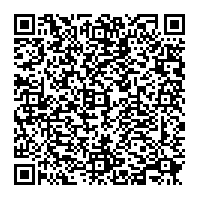 News abonnieren
(PresseBox) ( Planegg-Martinsried, 28.06.12 )
4SC AG (Frankfurt, Prime Standard: VSC), a biopharmaceutical company dedicated to the discovery and development of targeted small molecule drugs for autoimmune diseases and cancer, will today present Phase II data on safety, tolerability and efficacy of the cancer drug resminostat as a second line therapy for liver cancer at the 14th World Congress of Gastrointestinal Cancer of the European Society for Medical Oncology (ESMO GI meeting) in Barcelona, Spain, from 27-30 June 2012. The Phase II SHELTER study enrolled patients with advanced liver cancer (hepatocellular carcinoma, HCC) who had exhibited radiologically proven tumour progression under first-line therapy with sorafenib (Nexavar(R)), the only drug currently approved for this indication. The study evaluated resminostat in combination with sorafenib and as single agent in monotherapy.

Professor Dr. Tom Ganten, principal investigator of the SHELTER trial at the Heidelberg University Hospital, Germany, will present the data in a poster session today, Thursday, 28 June 2012, from 10:50-11:20 am and from 4:15-4:30 pm (CEDT). The poster presentation will report new data from the dose escalation part of the study and also additional data on the clinical efficacy of resminostat, including an analysis of the mean treatment durations (TD) in both study arms.

Data from three study groups (i.e. dose levels, DL) combining increasing doses of resminostat [DL1: 200 mg (n=3), DL2: 400mg (n=3) and DL3: 600mg (n=6)] with a total daily dose of 400 mg sorafenib and a fourth study group (DL4) combining the highest resminostat dose of 600 mg with the approved maximal dose of 800 mg sorafenib (n=6) will be reported. The combination of resminostat and sorafenib was generally well tolerated at all dose levels, and no DLT (dose limiting toxicity) was recorded at the highest doses in DL4, thus a formal MTD (maximum tolerated dose) was not established in the trial. These findings open the opportunity also for a potential 1st line development of resminostat in combination with sorafenib with the goal of improving the only existing single agent therapy sorafenib for 1st line advanced HCC patients by combination with resminostat.

The reported mean treatment durations in both study arms are currently calculated at 2.5 months for patients treated with resminostat alone and at 5.5 months for patients treated with the combination of resminostat and sorafenib. These values are still preliminary since in both trial groups a number of patients are still active on study treatment. Furthermore, a pair-wise comparison of 1st line sorafenib treatment durations prior to entry into the SHELTER trial and the treatment durations patients obtained in the 2nd line setting during the SHELTER trial are presented. In both study arms subsets of patients were treated longer in 2nd line compared to their 1st line therapy. Notably, this effect was more pronounced in the combination group, indicating that the combination therapy of resminostat and sorafenib was particularly able to stabilise the tumour disease. In addition, as an update on the primary efficacy endpoint of the SHELTER trial, the progression-free survival rates (PFSR) after 12 weeks of treatment are provided. In the monotherapy group this PFSR by today is calculated at 40% (not the final value since some patients are awaiting staging at week 12 of treatment); in the combination group the final PFSR is 70% as reported previously.

Dr. Bernd Hentsch, Chief Development Officer of 4SC AG, commented: 'The new data reported for the dose escalation part of the SHELTER study show that resminostat can also be combined safely with the 800 mg dose of sorafenib, which is approved and routinely applied in 1st line therapy of advanced HCC patients. Furthermore, it is encouraging to see that a number of patients were treated longer in the 2nd line setting of the SHELTER study particularly with the combination of resminostat and sorafenib than with sorafenib alone during their 1st line therapy. This now offers the additional opportunity to investigate the combination of resminostat and sorafenib also in a 1st line setting for HCC, serving the continued high medical need for new therapeutic options in this advanced disease stage.'

The efficacy data of the SHELTER study evaluating resminostat both in monotherapy and in combination with sorafenib in patients with advanced HCC showing tumour progression on 1st line sorafenib therapy, was presented at this year's Annual Meeting of the American Society of Clinical Oncology (ASCO) on 4 June 2012 in Chicago (USA). The data of the resminostat/sorafenib combination therapy showed a progression-free survival rate (PFSR) after 12 weeks of 70% and a median progression-free survival (PFS) of 4.7 months. For the monotherapy group, the progression-free survival rate (PFSR) at 12 weeks is now calculated at 40% based on the current data analysis, and median PFS is currently expected to be finally in the range of 2.0-2.5 months. As previously reported, the primary study endpoint PFSR at 12 weeks had been achieved ahead of schedule in both the combination and the monotherapy group.

From 28 June 2012, 10:50 am (CEDT), the poster presented at the ESMO GI meeting can be downloaded at http://www.4sc.de/product-pipeline/publications-posters/resminostat.

Details of the Presentation:

Presentation/Poster No. P-0082 Title: 'Dose Escalation of the HDAC Inhibitor Resminostat in Combination Treatment with Sorafenib in Patients with Hepatocellular Carcinoma - The Phase I/II SHELTER study'

About the SHELTER Trial Design

The two-arm, international Phase II SHELTER study evaluates resminostat as a second-line treatment of patients with advanced liver cancer (HCC), alone or in combination with sorafenib (Nexavar(R)), the current standard of care in the first-line treatment of advanced HCC, to see if it can prolong progression-free survival (PFS) in patients who developed progressive disease under first-line treatment with sorafenib. In the first study arm, patients are being treated with the recommended dose of the combination therapy (600 mg resminostat (OD) and 400 mg sorafenib (BID)) which was determined through an initial dose-escalation part of the study. In the second study arm, patients receive resminostat as monotherapy, administered orally, once daily, over five consecutive days, followed by a nine day treatment-free period (5+9 dosing schedule). In the combination arm, resminostat is administered in the same 5+9 dosing schedule, while sorafenib is administered daily throughout the cycle. In both study arms, this 14-day-cycle is repeated until there is evidence of progressive disease or until the patient leaves the study for other reasons. The first two radiological tumour stagings are performed after six and 12 weeks; after that, tumour stagings are performed every eight weeks. Patients who experience a clinical benefit, e.g. a stabilization of their progressive disease or tumour regression, may continue the study treatment. It was the primary study objective to halt the further progression of this particularly aggressive cancer disease in at least 20% of the patients treated and for at least 12 weeks in both therapy arms. The primary endpoint of the study is to determine the progression free survival rate (PFSR) after 12 weeks of treatment. Secondary endpoints include the analysis of time-to-progression (TTP), progression-free survival time (PFS), overall survival (OS), drug safety and tolerability, pharmacokinetics and the investigation of biomarkers.

Hepatocellular carcinoma (HCC) is the most frequent form of liver cancer. Liver cancer is the fifth most common cancer worldwide and, with approximately 700,000 deaths annually, the third most deadly. The incidence of HCC is particularly high in Pacific-Asia and Southern Europe. The aetiology of the disease varies between different areas. In Asia, hepatitis B virus (HBV) infection is the major risk factor for HCC, whereas in the Western world, hepatitis C virus (HCV) infection and alcohol abuse are the most frequent cause for liver cirrhosis, and subsequently, HCC. Even though over the past 10 years advancements in diagnosis and treatment of HCC have lead to certain improvements in the prognosis for HCC patients, the treatment options for patients with advanced HCC are still very poor. With sorafenib (Nexavar(R)), there is currently only one compound approved for this patient group. With a five-year survival rate of less than 10%, advanced HCC has one of the lowest overall survival rates of all cancer diseases worldwide. Thus, particularly for these patients with advanced HCC, there is still a high unmet medical need for novel, systemic therapy options, especially for patients refractory or intolerant to sorafenib.

Resminostat (4SC-201), 4SC's lead oncology compound, is an oral pan-histone-deacetylase (HDAC) inhibitor with an innovative epigenetic mechanism of action that potentially enables the compound to be deployed as a novel, targeted tumour therapy for a broad spectrum of oncological indications, both as a monotherapy and in combination with other cancer drugs. HDAC inhibitors have been shown to modify the DNA structure of tumour cells to cause their differentiation and programmed cell death (apoptosis) and are therefore considered to offer a mechanism of action that has the particular potential to halt tumour progression and induce tumour regression. Additionally, resminostat is also assumed to induce what is known as tumour cell 'sensitisation' to other anti-cancer compounds. This process can suppress or reverse certain tolerance mechanisms which tumour cells often develop against such cancer drugs. Supplementary treatment with resminostat can be expected to restore or significantly improve the efficacy of a previously administered cancer therapy which was no longer effective; furthermore, combining resminostat and common cancer drugs right from the very beginning can also be expected to effectively enhance the success of such a treatment.

Resminostat is currently being investigated in a broad clinical Phase II programme in the three indications liver cancer (hepatocellular carcinoma, HCC), Hodgkin's Lymphoma (HL), and colorectal cancer (CRC). In the Phase II SAPHIRE trial in patients with advanced Hodgkin's Lymphoma, resminostat in monotherapy has demonstrated substantial anti-tumour activity, with an overall response rate of 35.3% and a clinical benefit in 55.9% of the patients in a heavily pre-treated patient population together with very good safety and tolerability. In the Phase I/II SHORE study, which evaluates resminostat in combination with the chemotherapeutic FOLFIRI regimen as a second-line treatment of KRAS-mutant CRC patients, initial results are expected in 2012. Furthermore, in the Phase II SHELTER study resminostat is being evaluated as monotherapy and in combination with sorafenib as a second-line treatment in advanced HCC after radiologically proven disease progression under first-line sorafenib therapy. According to the data presented at the ASCO annual meeting on 4 June 2012, resminostat/sorafenib combination therapy showed a progression-free survival rate (PFSR) after 12 weeks of 70.0% and a median PFS of 4.7 months. The primary study endpoint has been achieved ahead of schedule in both the combination and the monotherapy group.

4SC is currently in discussions with regulatory agencies and potential partners in order to prepare a pivotal clinical study programme for resminostat in combination with sorafenib as a second-line treatment for patients with advanced HCC who show tumour progression on first-line treatment with sorafenib.

The Group managed by 4SC AG (ISIN DE0005753818) discovers and develops targeted, small-molecule drugs for treating diseases with high unmet medical needs in various autoimmune and cancer indications. These drugs are intended to provide innovative treatment options that are more tolerable and efficacious than existing therapies, and provide a better quality of life. The Company's balanced pipeline comprises promising products that are in various stages of clinical development. 4SC's aim is to generate future growth and enhance its enterprise value by entering into partnerships with leading pharmaceutical companies. Founded in 1997, 4SC had 90 employees at 31 March 2012. 4SC AG has been listed on the Prime Standard of the Frankfurt Stock Exchange since December 2005.